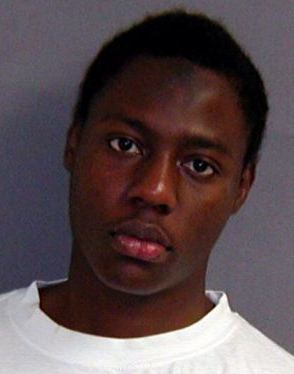 Ever since the attempted Christmas Day bombing of a passenger airline in America, former Bush administration homeland security chief Michael Chertoff has been all over the media extolling the virtues of full body scanners.

What he neglects to mention is that the manufacturer of the controversial devices is a client of his.

The ethical lapse has raised the ire of an airline passenger rights organisation. 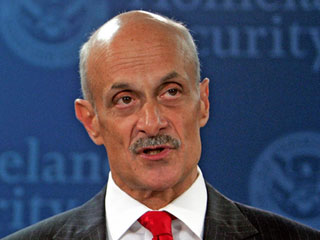 “Mr. Chertoff should not be allowed to abuse the trust the public has placed in him as a former public servant to privately gain from the sale of full-body scanners under the pretense that the scanners would have detected this particular type of explosive,” said Kate Hanni, of FlyersRights.org, in an article in the Boston Globe.

The group opposes the scanners as an unnecessary violation of personal privacy.

Chertoff disclosed the business relationship only in response to a direct question during a CNN interview (see video below). 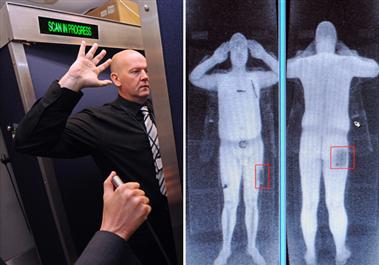 While Chertoff was head of Homeland Security, the US government made its first purchase of 40 of the scanners. A few months ago, using $25 million in American Recovery and Reinvestment Act funds, the Transportation Security Administration purchased another 150. Last week, the agency announced it would be buying another 300.

“Michael Chertoff worked closely with America’s most experienced intelligence experts and security professionals. Now a select group of them have joined him to form the Chertoff Group,” according to the firm’s website.

Included in that group is former Central Intelligence Agency director Michael Hayden, as well as other high-ranking officials.

Meanwhile, a Michigan man who was aboard Northwest Airlines Flight 253 says he witnessed alleged bomber Umar Farouk Abdul Mutallab trying to board the plane in Amsterdam without a passport.

Kurt Haskell, of Newport, Michigan, who posted an earlier comment about his experience, talked exclusively with MLive.com and confirmed he was on the flight by sending a picture of his boarding pass. He and his wife, Lori, were returning from a safari in Uganda when they boarded the NWA flight.

Haskell said he and his wife were sitting on the ground near their boarding gate in Amsterdam, when they saw Mutallab approach the gate with an unidentified man.

While Mutallab was poorly dressed, his colleague was dressed in an expensive suit, Haskell said. He says the suited man asked ticket agents whether Mutallab could board without a passport. “The guy said, 'He's from Sudan and we do this all the time.”

Mutallab is from a wealthy Nigerian family. Haskell believes the man may have been trying to garner sympathy for Mutallab's lack of documents by portraying him as a Sudanese refugee.

The ticket agent referred Mutallab and his companion to her manager down the hall, and Haskell didn't see Mutallab again until after he allegedly tried to detonate an explosive on the plane.

Haskell said the flight was mostly unremarkable. That was until he heard a flight attendant say she smelled smoke, just after the pilot announced the plane would land in Detroit in 10 minutes. Haskell got out of his seat to view the brewing commotion.

“I stood up and walked a couple feet ahead to get a closer look, and that's when I saw the flames” said Haskell, who sat about seven rows behind Mutallab. “It started to spread pretty quickly. It went up the wall, all the way to ceiling.”

Haskell, who described Mutallab as a diminutive man who looks like a teenager, said about 30 seconds passed between the first mention of smoke and when Mutallab was subdued by fellow passengers.

“He didn't fight back at all. This wasn't a big skirmish,” Haskell said. “A couple of guys jumped on him and hauled him away.”

The ordeal has left Haskell and his wife a little shaken. Flight attendants were screaming during the fire and the pilot sounded notably nervous when bringing the plane in for a landing, he said.

“Immediately, the pilot came on and said two words: emergency landing,” Haskell said. “And that was it. The plane sped up instead of slowing down. You could tell he floored it.”

As Mutallab was being led out of the plane in handcuffs, Haskell said he realised that was the same man he saw trying to board the plane in Amsterdam.

Passengers had to wait about 20 minutes before they were allowed to exit the plane. Haskell said he and other passengers waited about six hours to be interviewed by the FBI.

About an hour after landing, Haskell said he saw another man being taken into custody. But a spokeswoman from the FBI in Detroit said Mutallab was the only person arrested.