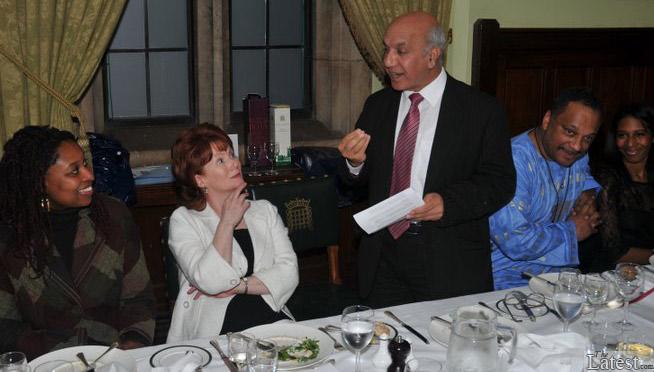 British Cabinet minister Hazel Blears was among the guests at an important moment in Black British history deliberately held in the inauguration month of Barack Obama.

The 25th anniversary of the Labour Party Black Sections was celebrated at a House of Commons dinner hosted by Virendra Sharma MP and Dawn Butler MP - both members of the British government.

Blears told the more than 60 people who gathered for the event: "I pay tribute to your success in changing the Labour Party. This party of ours needs to be radical to win. We need to be the insurgents and not the establishment. We will not hold on to power at the next general election if we offer the voters more of the same."

Former Black Sections Chair Marc Wadsworth, a founder member and organiser of the January 22 dinner, said: "It was amazing to have senior members of the British government, leading trades unionists and community activists all in the same room to celebrate the successes of a movement that was shunned by the establishment in its day."

The Labour Party Black Sections was the most powerful Black political group in Britain in the early 1980s. Its influence spawned a Parliamentary Black Caucus, styled on its sister organisation in America, the Congressional Black Caucus, the organisation to which Obama belonged as a US Senator before his rise to the Presidency.

Following the 1983 uprisings in Brixton, Toxteth, Moss Side, Handsworth and St Pauls, key members of society began a social analysis. Out of this Scarman and Faith in the City reports brought the real problems faced by the Black community to the fore.

A Labour Party movement evolved from the frustration felt by Black political activists who were grossly under-represented at policy-making levels within the British political system. The activists involved were members of the Labour Party. They felt that input from elected Black leaders would have a positive impact on disaffected communities, particularly the youth. 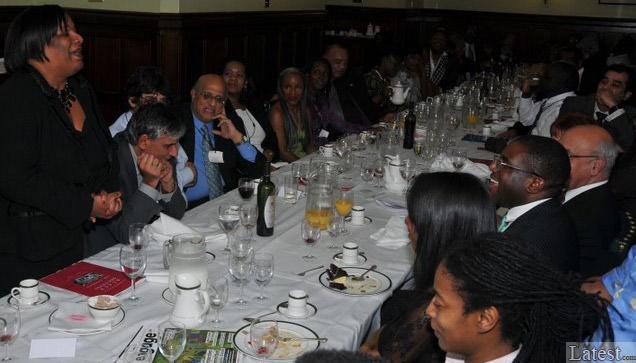 Many more talented people, including Linda Bellos, Narendra Makanji, Kanta Patel, Martha Osamor and Sharon Atkin, were the next wave of people to join the organisation. The movement's primary goal was racial equality and the social inclusion of Black people at all levels of British society.

The Labour Party Black Sections faced fierce opposition from the Neil Kinnock and Roy Hattersley party leadership, trades unions and the tabloid press. Yet, Black trade union leader Bill Morris, who went on to champion the resulting officially-recognised Black Socialist Society, was quoted in the Labour Party publication Tribune saying that "the case for some form of independent Black representation within the party had surely been made". Indeed, many in the party cited council deputy leaderRussell Profitt and Paul Boateng, who became Britain's first Cabinet Minister, as examples of social inclusion.

In a broader political context, the British Conservative Party had also placed a Black candidate in the frontline. Tory candidate John Taylor now (Lord Taylor) contested what was considered the safe Tory seat of Cheltenham. He lost the election after a leader member of his local party opposed his candidacy and called him a "nigger". 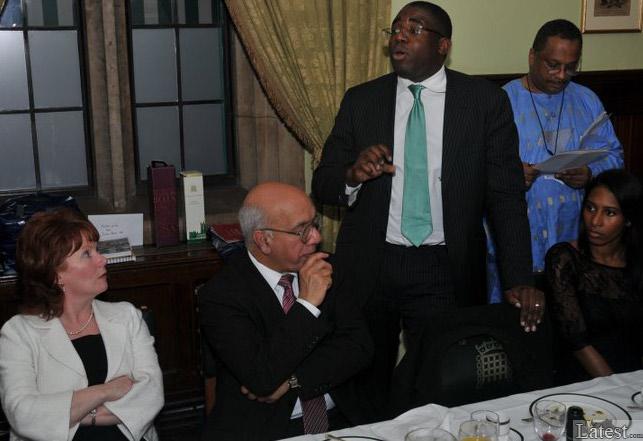 The Labour Party Black Sections' biggest achievement was helping to get four of its members as candidates for winnable seats in the 1987 general election. Diane Abbott, Paul Boateng, the late Bernie Grant and Keith Vaz went on to become MPs. Subsequently with (Lord) David Pitt, they formed the Parliamentary Black Caucus.

Now there are 15 African Caribbean and Asian members of Parliament - several of whom were too young at the time to be in Black Sections when it was formed, for example David Lammy MP, Minister for Innovation, Universities and Skills, the most senior among them. He said:  "I pay tribute to the huge courage of those involved in the campaign."
.
Lammy added:  "I am an absolute advocate of Black and ethnic minority shortlists (for the selection of candidates); we must not compromise on that position. Without it we are dependent on goodwill. "

He concluded:  "I say the struggle still continues. It is important that this movement lives on in some form, and embraces new people to articulate in different ways the concerns of today's Black and ethnic minority communities."

The recent celebration was an acknowledgement of the contribution made by the founding members, to recognise their accomplishments as well as plan for the future.

Founder member Diane Abbott MP, saw it as  "a chance to realise that the fight really does need to go on. If we look at Parliament we can see that there is still a long way to go before we reach real representation. We have been saying for years that Parliament and Government should look like Britain  — and it does not yet".

The celebration also underscored the fact that the Labour Party Black Sections' policy agenda of 1988 made an impact across the board in other political parties and has influenced people from many different backgrounds to follow it to chart their future.

Tony Lloyd MP,   Chair of the Parliamentary Labour Party, said: "I am a White MP. I hope I represent my constituents well; but I need comrades and colleagues alongside me who speak a different voice to me, one that gives me strength when I address my own communities. It does matter that our Labour Party represents the big, multi-ethnic family that we come from. What we should say to our young people is: stand tall, remember your history and make sure it gives light to the future."

* A special limited edition 28-page commemorative brochure has been produced, packed with photos and historical information. It is available priced  £5. Send orders to: The LPBS, 195 Hollydale Road, London SE15 2TG. Cheques should be made payable to Hansib Publications.