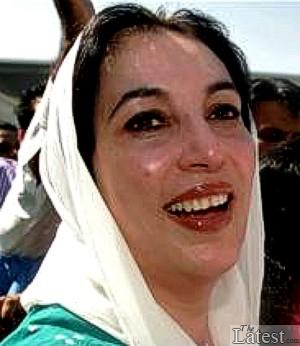 It's is almost a year since Benazir Bhutto, twice elected prime minister of Pakistan was assassinated. Stalked by controversy to her last breath, confusion still reigns over the circumstances of her death, with claims and counter claims made by the Pakistan Peoples Party which she led and the government of Pervez Musharraf.
Controversy persists as to whether she was a  'Daughter of the East' or a  'Darling of the West' as dubbed by Musharraf, former president of Pakistan. Her return to her country, after years in excile, was the most watched   event of the subcontinent under the strict scrutiny of the Western media. Killed two weeks before the scheduled Pakistan general election of 2008, Bhutto's death practically shatterered the peaceful transitional change from dictatorship to democracy.
Bhutto was the daughter of Pakistan's most flamboyant and democratic Prime Minister Zulifikar Ali Bhutto and was the first woman elected to lead a Muslim state. She had two sides to her character - one of a sunny disposition, gracious, dreamy and charming, fondly remembered by her acquaintances from her college days. The other being impulsive, ambitious, aggressive and a fiery statesman who rallied round her father, and after his execution, led the opposition and in course of time went on to become the Prime Minister.
She was an immensely polarising figure, living in exile for many years due to corruption charges hanging over her head, her intimacy with the West sneered by Muslim fundamentalists, jihadis, Al-Qaeda and other extremists organisations. She saw herself as a   champion of democracy, even in exile, keeping the reigns of her party firmly in her hand, and ironically becoming the sole supremo of her party. She was known for her complicated political manoeuvrings.
History should remember her as a graceful woman leader, having faith in God, coming back to her country, after a long exile, only to be killed in a dastardly act, by some extremist cowards. Cowards, who assassinated her in the name of a religion, which forbids the killing of a woman and marks it as one of the seven deadliest sins that bars the road to Jannat (heaven).
But let us for the time being forget all the controversy. However, let us not forget what she did for her country and what she intended to do, but failed.   As a   leader she tried to bring a whiff of fresh air into a country that suffered from the stench of a highly crippled economy and religious repression. Let the soul of this brave, brainy, and unfathomably beautiful woman rest in peace. In respect, the flag from our side is at half-mast.
Submitted by Sumantra on Thu, 11/13/2008 - 09:01
Category:
World News