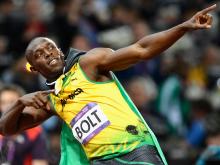 Jamaica’s Usain Bolt was undoubtedly the star of the Rio Olympics, pulling off his unrivalled treble triple of sprint wins. But his three golds in Brazil (nine overall in three Olympics) were one less than African American teenager Simone Biles.

In Rio, Biles headed up a clutch of Black athletes boldly overcoming the "Guinness affect" in Olympic sports where white competitors, rather than those of Africa descent, normally come out on top. 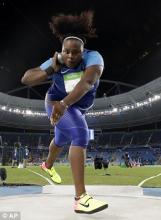 Walcott was the first to make the field event breakthrough four years ago when he pulled off a surprise win at the London Olympics. At 19, he was the youngest Olympic javelin winner. Last year Yego followed up Walcott’s victory by becoming world champion in a sport previously dominated by Europeans, particularly Finns, who helped train him.

With the Williams siste 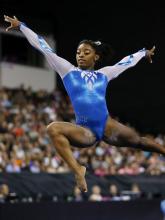 Michael Johnson, the four times Olympic champion and former 200 metres and 400 metres world record holder who is a BBC commentator, says the globally popular superstar Bolt has saved athletics at a drugs marred time in its history. But, aged 30, Bolt says Rio was his last Olympics. His next and perhaps last major international outing will be at the World Championships in London next year.

On a political note, Simone Manuel, 20, bravely stuck her neck out in support of Black Lives Matter, raising concerns in an interview about Black men being killed by police in America.

Amazing champion that he is, it would mean a lot to the self-esteem of British Muslims if Somalia-born “Mo” Farah insisted on people calling him Mohammed, as his parents do. Would he lose popularity among king-making newspaper editors? I declare an interest, as the father-in-law of a Somalian who feel strongly about Farah’s over eager assimilation into Britishness.

The Rio Olympics was a golden dawn for Black LGBTI athletes too, including Rafaela Silva, Britain’s boxing victor Nicola Adams, who successfully defended her flyweight title, and, of course, most famous of all, Caster Semenya, of South Africa.

It has been wonderful to behold the mighty support Semenya has received from South Africans - who proudly call her “Our golden girl” - members of the public and female sport science experts – despite backbiting from bad losers in her event and IAAF athletics governing body leader and former Olympic champion Seb Coe. The IAAF has appealed against Semenya's eligibility to race.

After Brazil’s shocking 1-7 loss to Germany in the 2014 world cup semis, it was great to s

ee them defeat their old foe in the Rio football final. Now South America has achieved one of the best Olympics in history, let’s hope next stop is Africa, after Tokyo in 2020.

* Marc Wadsworth was the first Black member of the British Athletics Writers Association in the 1970s.