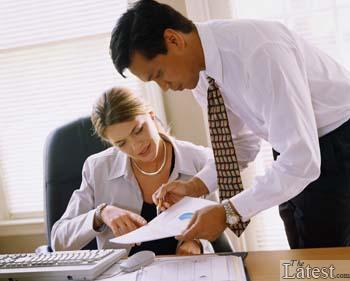 Workers accused of theft or damage could soon find themselves blacklisted on a register to be shared among employers. It will be good for profits but campaigners say innocent people could find it impossible to get another job.

To critics it sounds like a scenario from some Orwellian nightmare. An online database of workers accused of theft and dishonesty, regardless of whether they have been convicted of any crime, which bosses can access when vetting potential employees.

But this is no dystopian fantasy. Later this month, the National Staff Dismissal Register (NSDR) is expected to go live.

Organisers say that major companies including Harrods, Selfridges and Reed Managed Services have already signed up to the scheme. By the end of May they will be able to check whether candidates for jobs have faced allegations of stealing, forgery, fraud, damaging company property or causing a loss to their employers and suppliers.

Workers sacked for these offences will be included on the register, regardless of whether police had enough evidence to convict them. Also on the list will be employees who resigned before they could face disciplinary proceedings at work.

The project has attracted little publicity. But the BBC News website revealed that trade unions and civil liberties campaigners are warning that it leaves workers vulnerable to the threat of false accusations.

TUC policy officer Hannah Reed says that while criminal activity in the workplace can never be condoned, she fears such a system is open to abuse.

WHAT WILL GET YOU ON IT

Theft or attempted theft of money, merchandise or property from company, suppliers or customers

Falsification or forgery of documents

"The TUC is seriously concerned that this register can only lead to people being shut out from the job market by an employer who falsely accuses them of misconduct or sacks them because they bear them a grudge. Individuals would be treated as criminals, even though the police have never been contacted.

"The Criminal Records Bureau was set up to assist employers to make safe appointments when recruiting staff to work with vulnerable groups. The CRB already provides appropriate and properly regulated protection for employers. Under the new register, an employee may not be aware they have been blacklisted or have any right to appeal."

James Welch, the legal director of human rights group Liberty, also says that he is concerned that the register does not offer sufficient redress to the falsely accused.

"This scheme appears to bypass existing laws which protect employees by limiting the circumstances when information about possible criminal activity can be shared with potential employers."

The register is an initiative of Action Against Business Crime (AABC), which was established as a joint venture between the Home Office and the British Retail Consortium "to set up and maintain business crime reduction partnerships". The Home Office says it stopped funding the scheme last year, having granted it almost  £1m during its first three years. A Home Office spokeswoman says the register is a "commercial scheme" and it was not consulted.

Set up by Surrey-based firm Hicom Business Solutions, the database will allow employers to search for potential workers by name, address, date of birth, national insurance number and previous employer.

Records on individuals - accessible online via an encrypted password system - will be kept for a five-year period and can include photos.

Mike Schuck, chief executive of AABC, says that theft by members of staff costs the British economy billions of pounds each year and rejects the notion that the register is a blacklist.

He says that all participating companies will be obliged to abide by the Data Protection Act and that workers named on the database, maintained by AABC, will have the right to change their entries if they are inaccurate.

Should a dispute take place between an employee and an employer about whether an incident occurred, Mr Schuck adds, the worker will be able to appeal to the Information Commissioner's Office.

"We are limiting access to the database to employers who can comply with the Information Commissioner's employment practices code," he says. "We're not going to allow Mr Smith's hardware store. We're quite open about this. People will be told when they apply for jobs that they may be checked as part of the application process.

"Theft in the workplace hurts staff as much as employers because it puts everyone under suspicion."

Nonetheless, many workers may get a nasty surprise when old allegations return to haunt them when they next apply for a job.