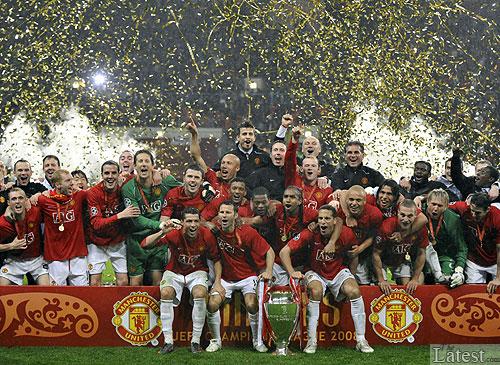 Should Italy's capital city be allowed to hold the UEFA Champions League final, even though it has had a notorious history of violence and hooliganism? Let's raise some facts before coming to a conclusion.

In 2001, 18 Liverpool fans were stabbed when facing Roma in a UEFA Cup match. In December the same year five more fans succumbed to knife attacks, when Liverpool faced the home side in a Champion League tie.

We've recently witnessed Arsenal fans being ambushed and attacks in another tie against Roma this month. A hooligan even managed to get into the travelling supporter's van, lighting a flare and stabbing a fan in the knee (who decided not to be named). Even two years ago there were clashes with Manchester United fans and riot police. 16 Manchester United followers were stabbed after the game and clashes with riot police proved how inadequate policing is in Rome.

It was reported that the unfortunate Arsenal fans in the van, were not informed by the stewards or police as to where the parking facilities were. They were not guided to their seats and no clear division was established between the visiting fans and Roma supporters. It was the same van that was barraged with stones thrown, smashing windows. The police then came into action and managed to repel the violence.

As illustrated by these figures, it is clear that policing in Rome is not up to a standard that should be acceptable when hosting a final. UEFA have made petty attempts to resolve the situation, with many demanding the location to be placed elsewhere.   A slap on the wrist and a  "final" warning was given to Roma Football Club. Surely if other violent outbursts arise on May 27, Platini has no choice but to resign over the continuous dismissal.

The problem now facing UEFA is where to move the final, many suggest Germany or France, although Lyon President, Jean-Michel Aulas, dismisses France as being a host due to out-of-date stadiums. Moving the final would also need huge amount of commitment in such a small amount of time. Something UEFA simply cannot do, especially now that the final is no less than two months away.

What will the policing authorities in Rome ensure us? How about 20,000 police officers in the final? This would culminate to one policeman for every four fans in the final. Since there are no Italian clubs in the Champion's League, most of the policing attention would be focussed on separating Roma's  'ultras' with the visiting fans. This gives the police a mammoth task, which I believe is not enough to tackle a growing issue in Italy.

Hooliganism, in Italy, has been a constant thorn to its image of mega clubs with multi-talented players. Football clubs in Italy do not effectively condone hooliganism; punishment comes in the form of playing a home game without fans. What does that accomplish? There is no unison between police forces and clubs. This would enable highly influential teams to get involved and deter violence, with stricter banning or fines introduced. However, with this seen as a long term solution, we hope the final will prove that football is still a great sporting phenomenon to watch.

Great that 'Blade Runner' Oscar Pistorius is a star