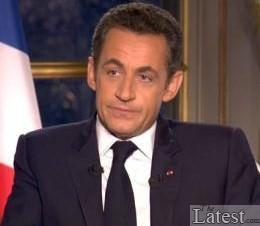 "It's the crisis of the century and it's without precedence," said the French president, Nicolas Sarkozy, early on in a special interview broadcast live here on national television and radio this week.

"In addition I have to protect as much as possible those who were in some way excluded when the world was benefiting from economic growth."

During the course of 90 minutes Sarkozy defended his government's policies and sought to "reassure" the French that the correct measures had been taken over the past couple of months to address the "understandable concerns" many have in this country for their future livelihoods.

More than 15 million viewers tuned in last night to hear what Sarkozy had to say about his government's handling of the economic crisis.

And although his office had said beforehand that there was no connection between his decision to appear "before the nation" and last week's national strike, it was clear from the outset that the day of action had been the catalyst for what was only Sarkozy's third televised interview since coming to power in May 2007.

But his interpretation of that strike could perhaps be regarded not so much as doublespeak as making the facts fit the argument.

"I have to make sure that France exits the economic crisis as soon as possible, " he said.

What was perhaps disappointing, although hardly surprising, was that none of the four journalists present challenged him on his "explanation" by pointing out that polls also showed that 70 per cent of the French supported the strike - whether they took part in it or not.

Sarkozy will meet union leaders and representatives of the employer's associations on Feb. 18 to discuss the possibility of increasing unemployment benefits.

So what to make overall of what he had to say? After all 90 minutes is one heck of a long time to condense into just 700 words or so.

Well here is the very broadest of outlines.

On the issue of his  ‚¬26 billion stimulus package announced in December, Sarkozy was unrepentant, repeating once again that it had been the right move to resist the global economic slowdown and would protect jobs by shoring up the country's motor and construction industries.

He insisted that emergency loans to banks hadn't cost the French taxpayer one single centime (yes the French still call the smallest unit of the Euro currency by its old name).

In fact he went further to suggest that the state would actually earn over  ‚¬1 billion from the interest on the loans it had made this year.

Sarkozy also announced that from next year, local taxes on business would be scrapped but companies have to pledge to keep operating in France and not close down plants to relocate to another country.

As far as the general direction and pace of reform was concerned, Sarkozy said there would be no change. When running for office he had campaigned on a promise to reduce taxes and trim down the country's large public sector and that was a promise he would be sticking to.

And one final note perhaps just to round off this post - on the "problems" Sarkozy has been having with a few of his ministers recently.

On Rachida Dati, the justice minister, who'll be stepping down if as expected she's elected to the European parliament in June, he said she "has done a remarkable job. Rachida will go to Europe and she will find her place once again in the government."

On Rama Yade, the junior minister for human rights, who refused to stand for those same elections he said,   "When you're 32 years old and you're proposed a seat in the European (parliament, I find it a shame not to take advantage of that.

"I think she has understood that she was wrong, but I believe I can count on her talent."

And on the foreign minister, Bernard Kouchner, who has been the target of a recently released book which "questions" his work as a consultant to some of Africa's dictatorial regimes Sarkozy offered his full support.

"Monsieur Kouchner has problems with the police? The justice system?" he questioned.

"Someone writes a book in which he says that M. Kouchner has done nothing illegal," he added.

"I've known M Kouchner for a long time and he abandoned those (consultancy) activities when he entered the government.

"I'm not the sort of person to drop someone just because there's a book based on rumours.

"He's a man in whom one can have complete confidence".

So there you have it. In a nutshell - and with plenty left out of course - 90 minutes worth of television.

Someone's hand aches from all the note-taking that went on while watching - and there were no advertising breaks.