Britain’s flagship National Health Service got a top award on its 73rd birthday this summer but it is in crisis because the country’s corrupt profits-before-people government are selling off the iconic public asset to big business.

Yet the vast majority of citizens, including staff, remain unaware of how the NHS has been dramatically changed from the way it was originally set up.

In July, the Queen awarded it the George Cross, UK’s highest civilian gallantry award, for its almost three quarters of a century of work, including the courageous efforts of healthcare workers across the country battling the COVID-19 pandemic.

What was not reported by establishment-lapdog mainstream media was that Britain is going through the final phase of its right-wing government’s covert dismantling of the nation’s beloved health service.

The losers will include the staff, the sick and the middle classes, who will be fleeced of their private health insurance premiums as they flee the engineered failure of the NHS, to be later dumped when they become sick and expensive.

Most affected will be the poor, a social category dominated by Black people and other  ethnic minorities. The new-look NHS will make permanent the already major disadvantages exposed for all to see by the pandemic.

Never to miss an opportunity and with unmatched cynicism, British prime minister Boris Johnson, who has overseen one of the world’s most expensive yet catastrophic coronavirus pandemic responses, proclaimed: “We wouldn’t be where we are today without our health services. NHS staff have cared for us and our friends and family on the frontline of a pandemic for over a year, and I have witnessed their courage first-hand.”

He added, in a government news release: “Thanks to their devotion and duty our NHS has saved countless lives, and the George Cross is a symbol of the nation’s gratitude. I know the whole of the UK is behind me in paying tribute and giving thanks for everything the NHS has done for us not only in the last year, but since its inception.”

With the country still in the grip of the deadly coronavirus, in February 2021 the government published a white paper ahead of legislation, that will usher in further privatisation attacks on the NHS. The health and care bill will double down on turning the entire NHS into a cash cow for private corporations.

The pre-pandemic NHS was already on its knees after a decade of deliberate and unnecessary defunding, like the cutting of 17,000 beds and chronic staff shortages, including the current 10,000 doctor and 40,000 nurse vacancies. In what some commentators might view as the Johnson government’s sociopathic repeat offending, they have been ploughing ahead with harsh privatisation policy objectives. Despite government propaganda to the contrary, there is absolutely no sign the “100,000 preventable coronavirus deaths”, described by  former chief scientist Sir David King, has resulted in them stopping their stampede towards privatisation. This huge number of deaths that came about because of the government’s catastrophic outsourced pandemic response has not manage to derail the government's corporatist ideological objective.

The Serco-Deloitte “NHS” Test and Trace system has so far squandered £22 billion, put in the pockets of the private contractors, without any evidence of reversing the spread of the virus or preventing the need for the hugely damaging lock-downs. Scandalously opportunistic profiteering, such as government-enabled uncontested crony deals on personal protective equipment, will become standard operating procedure if progressive forces, including the Labour opposition and trade unions, fail to stop the bill being enacted.

Government reassurances that they will “protect the NHS” or that “the NHS is not for sale” run counter to the impact of decades of health policy or stated intent from the privatisation lobby, such as right-wing Conservative MPs Oliver Letwin and John Redwood, who co-authored a 1988 Britain’s Biggest Enterprise pamphlet, in which they outlined their vision for healthcare, saying: “A system of this sort would be fraught with transitional difficulties. And it would be foolhardy to move so far from the present one in a single leap. But need there be just one leap? Might it not, rather, be possible to work slowly from the present system toward a national insurance scheme?”

They went on: “One could begin, for example, with the establishment of the NHS as an independent trust, with increased joint ventures between the NHS and the private sector; move on next to use of ‘credits’ to meet standard charges set by a central NHS funding administration for independently managed hospitals or districts; and only at the last stage create a national health insurance scheme separate from the tax system.”

Dr Tim Evans, of the now defunct Independent Healthcare Associations, put it more succinctly in 2011: “The NHS would simply be a kitemark attached to the institutions and activities of a system of purely private providers.”

The marketised NHS, with its bloated administrative and managerial bureaucracy (consuming about 10 percent of the total NHS budget, according to 2005 estimates), has continued to expand. The 2012 Health and Social Care Act converted the NHS internal market into a full, compulsory external market with all services up for grabs by the private sector.

Eye-watering sums have been wasted subsidising the destruction of the NHS. A rough estimate of the marketisation alone puts the cost to taxpayers of around £200 billion since 2000, delivering not a scintilla of patient care in return.

Section 75 of the 2012 law compelled "open competitive" tendering of all NHS services. But, hiding behind the NHS logo, private companies have expanded in the provision of services such as district nursing, community paediatrics, sexual health, elective surgery, audiology and diagnostic imaging.

Primary care, received on a day to day basis by patients, was parcelled up into Clinical Commissioning Groups (CCG), fronted by entrepreneurial general practitioner doctors whom members of the public are treated by. The actual purchasing, contracting and outsourcing, of services and control of financial flows is performed by Commissioning Support Units (now Lead Provider Frameworks). These are made up of private corporations, including Optum, the UK subsidiary of UnitedHealth, the world’s largest private health insurance conglomerate, and the big four accountancy firms, of KPMG, PWC, EY and Deloittes, embedded in NHS back-room financial and organisational structures. 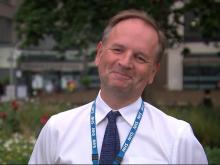 The result of the 2012 Act has been to shrink NHS capacity with the 17,000 fewer beds, fragment provision of services, with outsourcing to private contractors of clinical care, the direct treatment and testing of patients. This has entrenched the power of private corporations to control NHS budgets, supervised by the service’s ex-big business boss Simon Stevens since 2014. He returned to the NHS after spending 10 years at the giant private company UnitedHealth, of which three years were spent as Chief Executive of its UnitedHealth Medicare branch.

American healthcare is more than twice as expensive per head of population compared to the United Kingdom and delivers worse outcomes, with people dying younger as well as higher infant and maternal deaths. In the States, medical bills are the leading cause of household bankruptcy, despite the fact that most patients had private health insurance but still went bankrupt. Thirty million American citizens don’t have insurance and for every million who are uninsured, there are an appalling thousand preventable deaths a year. 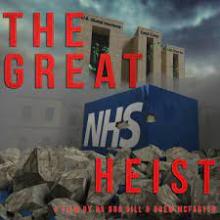 The system is dominated by the private health insurance industry and private hospital chains. Unprofitable groups of people, including the poor and the elderly, are locked out of the system. And the US taxpayer has to step in to pay for market failure, with taxpayers-funded Medicare for the elderly and Medicaid for the young. This public funding is spent via private providers and, increasingly, funds are controlled by private insurers, as I exposed in my documentary The Great NHS Heist. 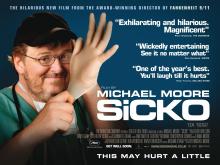 UnitedHealth are a big player in Medicare, delivering profitable “managed care” by avoiding spending money on sick patients, using various methods to deny payment for care. It is this same model, the subject of leading US documentary filmmaker Michael Moore’s film Sicko, which is being replicated by the British government's health bill.

If passed by parliament, the law will create new legal entities, public-private partnerships known as Integrated Care Systems (ICS). The 42 ICS NHS bodies across England will control fixed tax-funded budgets for one to two million people, from which they will be able to make huge profits. ICS boards will be dominated by the same private corporations currently providing outsourced services and performing commissioning functions.

Corporate profits will be maximised by the employment of fewer and cheaper healthcare staff, through down-skilling and task-shifting, as seen in other poor-performing private health systems across the world. Additional downward pressure on staff wages and an end to national pay bargaining will reduce the costly financial overhead of the private companies cashing in. These threats to the NHS should be vigorously opposed by trade unions, the Labour opposition and other progressive political forces.

Repeal of section 75 of the 2012 Health and Social Care Act will end open competitive tendering, removing the legal obstacle for a private sector monopoly within the NHS. UnitedHealth-Optum are uniquely well placed to gain control of ICS budgets, with its personnel appointed to key NHS positions, not least Simon Stevens, the chief executive of NHS England, importation of managed care software and protocols and upwards of £17 million in payments to Optum for training NHS and local council leaders.

Optum software and data analytics will form the core mechanism for the denial of care to potentially expensive patients. The ICS will have the power to decide which services are to be provided across the ICS, for example fertility treatment, cataract removal, or knee surgery could be removed for the entire ICS population as previously drawn up plans by management consultants McKinsey described as “low value” procedures. Optum’s algorithms and ICS deadly postcode lottery will prioritise generating profit streams above the health of patients.

Legal safeguards to ensure patients are discharged home safely will be removed and replaced by a “discharge to assess” scheme, enabling patient dumping that is notorious in America. Deregulating health professionals and introducing a new secretive patient safety body will assist the decline of medical standards, while concealing predictable consequences. It should be noted that medical error is the third main cause of death in the US.

Patients in their most vulnerable state will struggle to access overstretched NHS hospitals or primary care services, staffed by fewer and less qualified health workers, providing lower qualify services as funding is siphoned away from healthcare delivery.

The American medical-industrial complex has set its sights on the multi-billion pound annual NHS budget and destroying the superior Beveridge system of public-funded healthcare by mutating it into the managed care model, which it has sold as a “sustainable” solution for healthcare in the so-called developed world.

As US citizens continue their decades-long struggle for tax-funded, single-payer universal healthcare, not even achieved in the face of a pandemic, consecutive UK governments have covertly pushed the NHS along the fraudulent, expensive and deadly managed care model.

The British government's proposed new health law will hand over the NHS to the global private providers and private health insurance conglomerates, reducing a once proud flagship public service to just a meaningless logo and a funding stream. The warm glow of a George Cross award and ratcheting up of duplicitous political rhetoric must not be allowed to obscure the magnitude of the impending colossal threat to the health of the British nation. 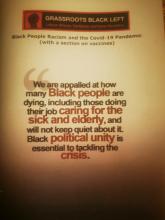 We must take a stand against this biggest post-war betrayal of the public if we are to prevent our political-media-corporate complex from pulling off a monumental deception - a treacherous plot enabling wealth plundering by foreign corporate interests that will also claim thousands of lives every year. And, of course, the lethal toll will, like the pandemic, predictably be disproportionately greater for the poor, socio-economically disadvantaged working class and ethnic minorities.