There has been much controversy over the absence of  Black talent among Hollywood nominations for Oscars. In Britain, the ennobled but undervalued Black actors have challenged the arts and culture industries on diversity issues. But they have yet to draw strength from an active role in the Black cultural arts movement, argues Thomas L. Blair.

Sir Lenny Henry, comedian, actor and celebrity, said: “We must tackle biases on the TV screens”. Adrian Lester OBE agreed that “Ring-fencing public money for diversity in the arts industries is crucial.”

Idris Elba OBE, the relentless sleuth in Luther, has pleaded the “diversity is the key to creativity” case in the British parliament. Nevertheless, the “job market is tough for us,” said David Harewood MBE, former Homeland star.

David Oyelowo OBE , Dr Martin Luther King Jnr in Selma, added his weight to a growing list of critics of diversity issues. Significantly, Oyelowo said: “My only complaint…is that consistently one section of society – white males – gets to tell all these stories. It’s a disproportionate representation of the world we live in and it’s our job to tackle that.”

Indeed, “it’s our job” to tackle the system that has shunned the best Black talents for centuries.

Ira Aldridge, born a slave in America and freed in Britain, was clear about his politics in the slavery days. He spoke out when few dared to question white over Black domination.

As the first Black Othello on the London stage, he closed every night with a passionate address on freedom and abolition. He proved that Black actors could, indeed must, unlock their own voices and explore the healing power of their craft in concert with the community.

But, amidst the curtain calls for his stellar performances, critics and playgoers scorned him. Since then, the Black actors’ chances to play the great lead roles have been scarce.

Thus, the struggle for equality on stage and in society began, and the cultural roles of actors were set. What, then, you Black actors of today? Why plea for recognition when Black communities are shouting for dynamic leadership, asked dramatist Pearl Connor-Mogotsi in her essay Our Olympian Struggle? 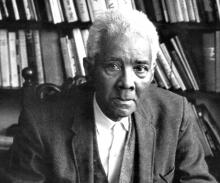 Others who trod the boards were dub poet Linton Kwesi Johnson, Bob Marley, Andrew Salkey, of the Caribbean Artists Movement (CAM), and Angela Davis. All encouraged the positive intersection of the arts with cultural redemption and political action.

BlackArtsMatter in the Eurocentric arts industries 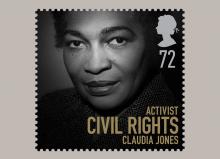 Moreover, cultural theoreticians - among them communist activists Trevor Carter and Claudia Jones - explored the altered conditions for survival and unity with anti-racist and working classes. Many found a home at the George Padmore Institute - encouraged by poet-militants John La Rose and Andrew Salkey founders of the CAM.

No matter rank nor status, their activities were Black African and Caribbean community-based, led and directed.

Furthermore, scores of reggae bands and calypsonians filled the clubs with rhythm and news. Praise-singers gave thanks in church halls. Theatre companies, musicians and other artists regularly performed at community events.

Rising musical talents in “Bass culture”, hip-hop and afro-jazz shaped the youth’s ways of seeing and experiencing being Black and British. Fledging composers and writers learned the arts of creating strong and compelling Black themes.

These roots are a source of strength for a beleaguered people and a proper stage for thespians to develop and share their craft. 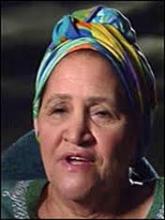 Why, act now to Make Change Happen? Because­­­, said Connor-Mogotsi: “Nobody will honour us or keep our image alive or remember our contribution. We have to do so ourselves and record our history through books, literature, music and the arts. We need our own icons, our own heroes”.

* Thomas L Blair is an award-winning journalist, author and sociologist. He writes features for The-Latest and is well-known for his webloghttps.chronicleworld.wordpress.com