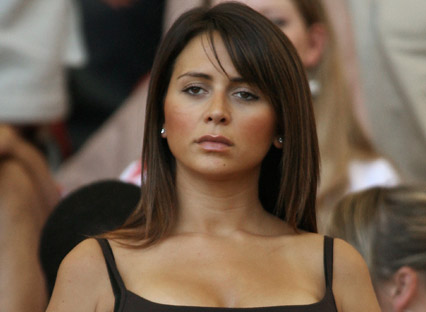 The French lingerie model Vanessa Perroncel, with whom the England and Chelsea football captain John Terry is alleged to have had an affair behind the backs of his wife Toni and Perroncel's then boyfriend Wayne Bridge, is said to be at the centre of a Fleet Street bidding war for her kiss-and-tell story.

According to reports, almost all Britain's tabloids are vying for her account of the alleged affair. An offer of £250,000 has been received but the price could go to £500,000 or beyond after Perroncel hired the celebrity publicist Max Clifford to negotiate a deal.

Clifford said: "It's a story that everyone's talking about and it's a story that all the papers and the television networks are very keen to get to the bottom of and find out what the truth is."

The notorious publicist, who specialises in cases like this, said Vanessa had spoken to both Terry and Bridge - former Chelsea team-mates until Bridge went to Manchester City last year - as she pondered whether to tell all. Whether she called them or they called her, begging her to desist, was not clear.

Meanwhile, the football fraternity is waiting to see whether the rumours are true that Terry will resign this week as England captain. And if he doesn't jump, will England manager Fabio Capello push him?

Several football pundits have urged Capello to do so, arguing that the scandal could cause a dangerous rift in the England team, of which Bridge is a key member. Several of Bridge's Manchester City team-mates made their feelings clear on the matter by wearing T-shirts with the slogan 'Team Bridge' for Sunday's game against Portsmouth.

The matter has caused such a stir that even the Sports Minister has got involved. Gerry Sutcliffe told the Times: "On the field John Terry is a fantastic player and a good England captain, but to be the captain of England you have got to have wider responsibilities for the country, and clearly if these allegations are proven - and at the moment they are only allegations - then it does call into question his role as England captain.

"I speak to the FA on a regular basis, so I will be asking what their viewpoint is and we will see what comes of it."

Football commentators including Mark Lawrenson, Paul Ince and Martin Keown called for Terry to be stripped of the England captaincy, although he remains the captain of Chelsea and has been given a vote of confidence by manager Carlo Ancelotti and owner Roman Abramovich.

So far the Football Association has refused to get involved and is leaving the final decision to Capello. He is not due back in the country until Thursday having undergone a knee operation in Italy, but he is said to be furious about the scandal and is expected to make a swift decision once Terry has had the chance to tell his side of the story.

Capello is a strict Catholic, which could have a bearing if reports are true that Terry paid for Perroncel to have an abortion.