Today Neville Lawrence the father of a Black teenager whose murder became an international cause célèbre threw his weight behind the anti-knife crime campaign of his son's friend Duwayne Brooks whose bid to become Britain's first directly elected African-Caribbean mayor he also supported. Here exclusively for The-Latest.Com Duwayne Brooks says why voters in the south London borough of Lewisham should back him on May 22.

According to official British reports, in 1913 the first African-Caribbean person to be elected a mayor in Britain was a man named John Archer. He won by 40 votes to 39 among his fellow councillors in Battersea, south London. 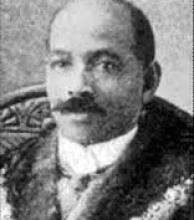 In his victory speech he is quoted as proudly saying: “For the first time in the history of the English nation, a man of colour has been elected as mayor of an English borough.”

It is 101 years since that historic occasion.

We now have the chance to see someone who is perhaps the most well-known African-Caribbean town hall politician in Britain take up Archer's mantle in the upcoming local elections.

Across the country there are just 16 directly elected mayors, four of whom are in London, our capital city, where I'm standing.

For instance, they set the town hall budget for all the public services it provides, much as does London mayor Boris Johnson.

I was born in Lewisham hospital in 1974, and, at 39-years-old, currently I stand to become the youngest directly elected mayor.

But, I think that, despite my youthful appearance, I have the background, political abilities and passion for public service that a life-changing experience helped give me. 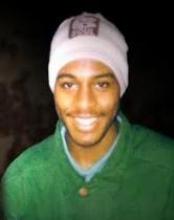 I was hurled into the public eye over two decades ago as the best friend of Stephen Lawrence, and I was with him when he was stabbed to death by racist thugs. Stephen's murder in 1993 rightly became a national, some people say international cause célèbre.

Stephen brought me into politics and I have made it my mission to honour his cherished memory by striving to make society a better place through my service to the public.

I recently featured in the Ellison report, which reviewed the shocking revelations of spying and corruption in the Stephen Lawrence police  investigation. I am the only person in the UK to have had two reports commissioned by two different Governments that confirmed unprofessional treatment of him by the Metropolitan police. As a councillor, I have worked with the police to improve their practices and performance.

More than two decades of experience has primed me for the role of mayor in Lewisham. I have been an elected councillor in the borough for half a decade and this has equipped me with invaluable knowledge as a local politician.

My election campaign has been likened by leading commentators to that of the Barack Obama's in the US because of its highly effective use of social media platforms such as Twitter, Facebook and WhatsApp.

Thanks to my amazing supporters, it has been a campaign unlike any seen in London before.

I am told I am a role model and inspiration to thousands of people across the country. I am humbled by this.

My background as someone who has achieved political office despite coming from a low income, single parent family may have something to do with the respect I have won from members of the public.

I can reveal that my family endured domestic violence, which is one of the scourges in society, particularly when faced by women, that I'm determined to try to stamp out as a result.

My sole purpose is to encourage others to aspire to and demonstrate that their background is not a barrier to them achieving success.

I would like to inspire other young people to get into politics and prove that hard work and learning from one’s mistakes can propel you to achieve what ever you set as your goal.

The impact of a victory for me will be momentous and far-reaching across politics in the UK.

Never before has there been an African-Caribbean in a position of power in British politics like the one a directly elected mayor occupies.

If elected, I promise I will use that position to the benefit of all the citizens of Lewisham, including people who are female, male, Black, White, young, elderly, disabled, LGBT or simply feel dispossessed by the sameness and irrelevance to their lives of moden politics.

Many powerful people in Lewisham, including the current out of touch mayor, are shaking in their boots awaiting the outcome of this crucial election.

While others, sensing a seismic change about to happen in the borough, are simply brimming with excitement as we stand on the brink of a real game changer in the halls of power.

Please spread the word about my campaign and encourage the voters of Lewisham to make me their mayor.