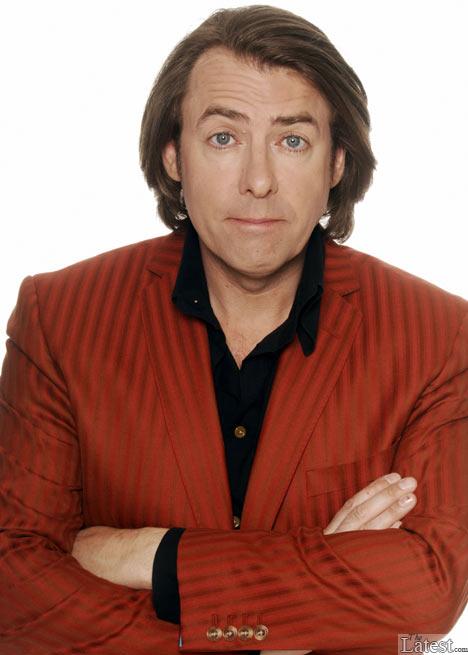 Disgraced Tv presenter Jonathan Ross has a long history of subjecting his guests to crude and offensive comments. Now the BBC has suspended the star British broadcaster from working for them for three months without pay (he has a multi-million pounds contract with the corporation) after his latest outrageous antics. Here are some of Ross's low points.

Ross interviews the American comedian Sarah Silverman. He asks her: "You haven't got hairy tits have you?"

Ross begins an interview by telling Kelly Brook, the actress and former underwear model, that she "smells nice".

He then lies on the floor, lifting Ms Brook above him, to recreate a move from the film Dirty Dancing.

Brook: "My boobs are going to fall out."

Ross: "Jesus Christ we hope so! Nevermind, we can edit."

Ross then returns to his desk bent double.

Brook: "Are you alright down there?"

Ross: "Christ, that was good."

Ross: "Blimey, she can't wait to get out of them. I think I saw a little flash there."

Miller (embarrassed): "Play something quickly. I am wearing knickers, don't you dare! Just, skin coloured ones. Please, end it."

Miller: "I am wearing knickers, don't you dare."

Ross: "Bring the camera over here."

During an interview Ross tells the married actress Gwyneth Paltrow that he wants to have sex with her.

Ross: "Have you got plans to, maybe, have sex again soon?"

"Because, you know what, you are so nice and, really, you're gagging for it."

Russell Brand appears on Ross's show and jokes abut having sex with Ross's daughters, and his dogs.

Ross: "I've invited Russell to my house on several occasions...Uncle Russell the children call him."

Brand: "I know, I like that, and it's all completely safe...his eldest daughter is of age."

Ross: "It's the new puppies upstairs I'm worried about."

Ross: "They didn't stand a chance."

Brand also says he wants to "have it off" with the tennis player Serena Williams.

Appearing at the British comedy awards Ross boasts that his  £6 million annual salary is worth "1,000 BBC journalists'', just after the corporation had announced it was to make more than 2,000 members of staff redundant.

They discuss the size of Mr Jagger's penis, with Ms Dickinson claiming: "Mick has such a little willy".

He does not spell out what the acronym stands for but many viewers would have been aware of its offensive, sexual meaning.

Ross also insults vegetarians, saying "Serve them f***ing right" when Lawson mentions that they would be unable to eat a Christmas dinner containing potatoes cooked in goose fat.

Ross says if anyone offered him goose for Christmas dinner he would "s*** on their couch".

A complaint was made but the BBC's editorial standards committee cleared Ross of breaching standards.

Hosting an awards ceremony Ross outrages disability charities with comments about Heather Mills-McCartney, the then wife of Sir Paul McCartney, who has a prosthetic leg.

Ross says: "Heather Mills-McCartney, what a "f***ing liar. I wouldn't be surprised if we found out she's actually got two legs."

Ross asks David Cameron if he had teenage sexual fantasies about Margaret Thatcher "in stockings".

He asks the Tory leader: "Did you or did you not have a **** thinking `Margaret Thatcher'?"

When a clearly embarrassed Mr Cameron refuses to answer, Ross says: "I tried - but it was a challenge even for me."

The show was pre-recorded yet the BBC still decided to broadcast the exchange.

When celebs declare war on hacks

<p><strong><u>Chris Gaynor</u></strong></p> This current scandal involving Ross and the Beeb points out how low the BBC is becoming. I was speaking to a relative about it this week who told me that instead of them worrying about reporting Ross's lewd comments, as offensive as they are, why doesn't the BBC report 'real' news? Why can't it not find stories that Channel Four had reported last night regarding the government and its Icelandic bank scandal. The BBC are always trying to fluff things up. They are full of froth, but not much hard coffee underneath....