Taxpayers money wasted to shield guilty from the media 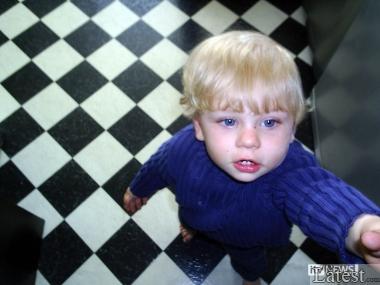 Town hall chiefs in Britain who failed to save tragic Baby P from being killed have admitted spending  £19,000 on media training to protect high-profile employees involved in the case.

Liz Santry, Haringey's Cabinet member for children and young people who resigned earlier this month, and Sharon Shoesmith, the council's head of children's services who was removed from her post on the same day, are thought to be among those who received special training.

David Winskill, the Liberal Democrat councillor who requested the figure, said he believed the media training had been designed to protect Haringey from criticism but had failed.

"As a Haringey rate payer, from what I saw on the Tv and having an idea of how much it cost, it's a classic example of spending big and getting very little," he said.

Lynne Featherstone, the Liberal Democrat Member of Parliament for Hornsey and Wood Green, added: "It is absolutely outrageous that this money has been wasted on spin doctors.

"Every single penny of this cash would have been better spent on improving our children's service."

Mr Winskill, a member of the council's overview and scrutiny committee, requested the figure from council leader George Meehan who resigned shortly after the question was tabled.

The subsequent reply from the leader's office read: "The cost of paid for media advice to the council from three sources included media training for key spokespeople. The total estimated final cost will be  £19,000."

The names of the firms used were given to councillors but were not made public.

Baby P, who cannot be named for legal reasons, died in a blood-spattered cot in August last year.

He had suffered more than 50 injuries at the hands of his abusive mother, 27, her boyfriend, 32, and their lodger, Jason Owen, 36, despite 60 contacts with the authorities over eight months.

The council was criticised for refusing to apologise for its failure to protect the little boy.

As he offered his resignation, Mr Meehan admitted: "We failed."

Santry who also stepped down at the start of this month, said she had considered resigning earlier but believed it was her "duty" to stay and explain the circumstances and actions taken.

Children's Secretary of State Ed Balls then announced Sharon Shoesmith, the council's head of children's services, had been suspended after an independent report painted a "devastating and damning" picture of failings in the north London local authority's systems.

Shoesmith remained on full pay until yesterday when she was dismissed from her post by Haringey Council.

Haringey is the same council that was severely criticised for failing to prevent the murder of eight-year-old Victoria Climbie in 2000.

The three people convicted over Baby P's death will be sentenced at the Old Bailey next spring for causing or allowing the death of a child.

A Haringey Council spokesman said: "It is reasonable for any employer to ensure that staff in the full glare of the media spotlight are given some training to help them deal with this sort of unusual situation."

These 'leaders' no longer speak for Black London

Alarm as NHS files go up in smoke