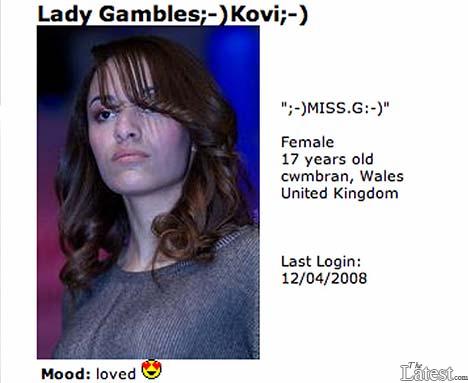 Designer Daryl Rita Osekreh has spoken to The-Latest about her relief that a teenage beauty she brought to London for a fashion show, who went missing for nine days, has been found unharmed. Kovi Dunbar,17, walked into a police station last night with a man she met on MySpace.

They reported to detectives at South Norwood police station in London after her mother, Cynthia Langeveldt, made a dramatic 150-mile dash from her home in Cwmbran, Gwent, with Kovi's stepfather Sion Stallard.

Osekreh, of Camberwell, south London, said: "It's such a relief. The press and Kovi's mother have been calling me and asking about her. I auditioned Kovi and then she did the Dolce Vita Italian fashion show for me at Olympia for four days in March. She is a sweet girl but seemed troubled. I caught her crying in the dressing room and asked her what was up but she said: 'Nothing'. I was really concerned about her."

Last night as Ms Langeveldt, 39, headed for a reunion with her daughter, said: "I'm excited but at the same time very nervous."

She added: "I'm really relieved. I've been saying prayers with my children on the journey and we thank God that she has been found safe."

Kovi and the man  — a 20-year-old student who has not been named  — met last month through the social networking website MySpace.

The pair had vanished after Kovi's mother and stepfather traced them to an address in Croydon, south London. Langeveldt said the final breakthrough came after an emotional conversation yesterday evening with the man's mother  — who knew where they were hiding out.

"She told me she had been round to see them and I became completely hysterical," she said. "I demanded to know where Kovi was and said I would be going to the police with this information. She then went round to see her son and persuaded them both to go to the police station." 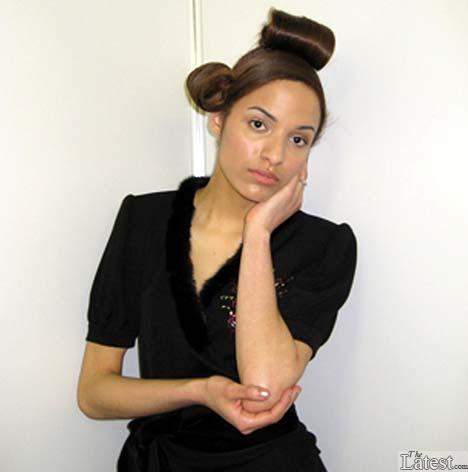 Kovi initially disappeared from her home 11 days ago. Two days later her family traced the 5ft 10in part-time model to the Croydon address  — the result of one of Kovi's friends passing on the phone number of a man Kovi had met through MySpace.

Langeveldt then drove to the Croydon house and had an extraordinary doorstep confrontation with her daughter and the man. But moments later Kovi and the man fled through the back door. Langeveldt, a GP surgery manager, said: "I was given a phone number for this man by one of Kovi's friends here in Wales.

"When I rang the number a woman answered, who turned out to be this man's mother. I explained that I wanted to find my daughter and that if she did not help me then my next call would be to the police. She gave me the address and I drove up to Croydon with Kovi's stepfather straight away. When I arrived his mother was perfectly cordial and said she would get Kovi to get her bags to come home with us."

"But moments later Kovi came to the door with this man and the whole atmosphere changed. When I tried to speak to her he answered my questions for her and I could not get my daughter to respond. Eventually I told him that my child was coming home with me or I would be turning up with the police. It was then that he offered to help Kovi get her things. We were still waiting on the doorstep some minutes later when his mother said she would go and see what was happening  — she came back a minute later saying they had gone. They had apparently escaped out the back."

Langeveldt passed the name of the man  — the son of a social worker  — to police, but detectives have asked her not to reveal his identity. The mystery over Kovi's disappearance had deepened when her MySpace page showed that she had logged in yesterday. On the page she described her mood as "loved" and stated that "Lady Gambles aka Kovi is at home".

Kovi's family suspect she secretly arranged to meet the man for the first time when she travelled to London for Osekreh's catwalk show at Olympia.

Kovi, who represented Wales in the final of Miss Teen UK and Miss Teen Britain last year, has been troubled by the medical condition Bell's Palsy, which causes temporary paralysis of the face. It was diagnosed shortly after the family, who come from Zimbabwe, moved to Wales in 2006.