All lives matter and we must remember the victims of terrorism whether they are in Iraq, Afghanistan, Gaza, Nigeria, Kenya, Syria, Tunisia, Russia, Pakistan, the US, Libya, France, Lebanon, Mali or the UK.

I do not recall hearing about Da'esh, ISIS (Islamic State) or IS before the invasion of Iraq in 2003. According to the Iraq Body Count, there have been as many as 166,000 violent civilian deaths since the invasion of Iraq by the US-led coalition. IS seems to be spreading its tentacles in Iraq, Syria and Libya. It appears to be thriving as a consequence of the current instability in Iraq and Syria and is recruiting young people living in Western Europe to fight the government of Syria.

Interestingly, Colonel Muammar Gaddafi had warned western countries about the dangers of the Libyan opponents who had taken up arms against his government. Since Gaddafi's murder by Western-backed rebels, IS has a well-established branch in Libya, thriving in the chaos caused by his violent removal from power.

French President Francoise Hollande says that the November 13 terror attacks in France that reportedly cost the lives of 130 civilians were planned in Raqqa in Syria and organised in a neighbourhood in the Belgian capital, Bussels, known to have a large and miltant Muslim population.

Hollande has declared his country is "at war" with such Islamic elements. France greatly increased the amount of bombs it dropped on the Syrian city of Raqqa, which is under IS control, following the Paris attacks. But, will air strikes destroy IS or simply make it stronger?

There are reports that the Paris attacks were planned in the Brussels suburb of Molenbeek. According to the BBC, more Belgians have gone to fight for IS than any other European country, per head of population. And  allegedly Belgium has the highest concentration of foreign terrorist fighters in Europe. Will France therefore contemplate air strikes on Molenbeek? 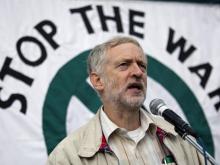 Eventually one will have to consider a political solution as air strikes alone cannot necessarily solve the problem, or break the cycle of violence. As UK Labour Party leader Jeremy Corbyn has urged, there must be a political solution. It appears terrorist acts in France have intensified since France joined the 2011 military intervention in Libya which led to the murder of Gaddafi, and the setting up of the IS branch in the country.

IS illustrates the limitations of Britain's much-touted Trident nuclear weapons, air strikes and drone attacks. There is no easy solution. Western governments should be persuaded to look for peaceful, political solutions as the cycle of drone attacks, air strikes and bombings can be  counter-productive. It is for this reason that Britain's Stop the War Coalition, to which Corbyn belongs, is against air strikes in Syria.

According to the BBC, British prime minister David Cameron has said that he will now work with Russian leader Vladimir Putin to combat IS. Putin has consistently said that the West has to work with Russia to fight the insurgents and find a solution to the civil war in Syria, rather than supporting rebels. Interestingly, Putin made the point at the G20 Summit that 40 countries are supporting IS and terrorism by buying oil from the territory it controls. 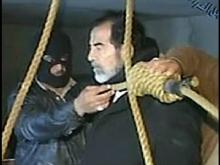 We must break the cycle of violence. After the September 11 attacks on America, there was the invasion of Iraq and the removal from power and execution of its leader Saddam Hussein, although there was no evidence that he had anything to do with the attacks.

The West's justification for its aggression was that Saddam had weapons of mass destructions he was prepared to use against them. But the claim, peddled by US leader George W. Bush and his ally British prime minister Tony Blair was later proved to be bogus.

Dissident Islamic leader Osama bin Laden, a member of a wealthy Saudi Arabian and deemed public enemy number one by the Americans, has been killed by them, they claim, and buried at sea. Is the world any safer following his demise? Air strikes and drone attacks have killed many innocent people as well as suspected terrorists. Those hurting from losing loved ones who are not allies of IS can be embittered against the West and "radicalised" by their grief and loss. And, so the cycle of violence continues.

IS is not only in Iraq, Syria and Libya and is now spreading well beyond its geographical origins. The militant movement and its recruits are not confined to one geographical area in the Middle East, which can be bombed and destroyed.

eful to focus security service resources on finding out:

As former UK Liberal-Democrat leader Paddy Ashdown, an ex-army officer, has asked, maybe Cameron's Conservatives have been reluctant to answer these vital questions for fear of exposing and offending some super rich business men who are among their financial backers in Saudi Arabia and the Gulf States.