These 'leaders' no longer speak for Black London 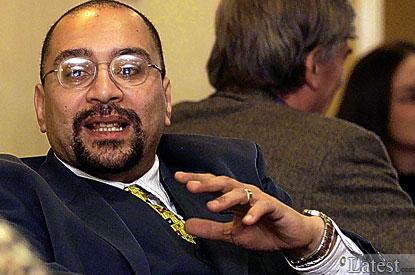 Reading in the Evening Standard about the London Mayor's highly paid race adviser's links to Black organisations that have been granted  £2.5 million in public funding while appearing to do very little, I felt a touch of amusement - but a lot more dejection.

Early in 2006, I recorded a Tv interview with Lee Jasper, Ken Livingstone's community relations right hand man, for a More4 documentary called Playing the Race Card, an investigation into how the politics of race can be hijacked for personal benefit by enterprising members of Britain's ethnic minorities.

But Jasper completely rejected the notion that being black or brown could in any way be an advantage in a society that he regarded as still deeply racist. That complacency, so typical of London's self-appointed ethnic leaders, now looks a lot more toxic.

In my documentary I had mocked the guilt-inducing farce that often passes for a diversity-training workshop. It had not crossed my mind that race could be a conduit for the mega-bucks that have passed into bodies run by Jasper and his friends.

I found Jasper to be an odd and implausible character. He refused to concede that ethnic minorities were anything but victims, in need of a constant, condescending helping hand from Whitey. His office was ostentatiously adorned with a large drawing of Malcolm X and many African objets d'art, and when we ended the interview, he bid me farewell with a preposterous blaxploitation handshake that consisted of several strange grips and the sliding of palms, finishing with a spectacular finger-clicking flourish. It was like being initiated into the Harlem chapter of the freemasons.

That meeting fixed Jasper in my mind as a man who was very much trapped in the past, beholden to sentimental and outdated ideas about race and identity, and out of touch with the realities of a culturally dynamic, fast-changing city.

The Evening Standard's reports into the funding of organisations with which he is associated have exposed poor standards of transparency and accountability. Some are now the subject of police investigations. Just as significantly, they also show how the politics of race and identity have been monopolised and manipulated to assist the advancement of the few to the detriment of the many in London's Black communities.

In the 1970s and 1980s, the anti-racist movement in which Jasper cut his political teeth had obvious and morally unimpeachable objectives: an end to racist violence and police brutality, and equal treatment for ethnic minorities in work, housing and the courts. That was a movement in which all Left-wing, minority and progressive groups were actively involved. But as many of the battles were won, that cosmopolitanism fragmented into distinct blocs that claim to fight for the rights of specific groups, lorded over by self-appointed leaders. In the process, they have become little more than private fiefdoms.

So, for example, Brixton Base, an organisation run by Lee Jasper's friend Errol Walters, has been shown to have provided very little service to the Black community despite receiving  £535,000 in grants from Livingstone's 'piggy bank' London Development Agency.

But race has been manipulated in other areas of London, too, to assist the careers of other individuals, while providing very little benefit to Londoners - least of all the ethnic communities they were ostensibly serving. Jasper's cronies run groups such as the Black Londoners Forum, Operation Black Vote and the 1990 Trust which claim to speak for Black people but have minuscule memberships and zero recognition on the streets.

George Galloway rode a wave of antiwar rage in east London, playing to the Muslim gallery to win his seat in Bethnal Green and Bow. He has since drawn an MP's salary while having one of the lowest voting records of any MP in the House of Commons. He has made innumerable public appearances but denied his constituents the basic service of voting on their behalf.

Similarly, the Muslim Council of Britain has proclaimed itself to be the voice of British Muslims, and last year won a grant of  £300,000 from the Government, despite being unable to prove that its work has done anything to improve community relations or Muslim integration.

The grant was given, despite its leadership's homophobic views and opposition to civil partnerships. The body has been in existence since 1997 yet, since then, radicalism among young British Muslims has risen exponentially. Like the black organisations investigated by the Standard, the MCB is in the luxurious position of receiving public largesse while not having to deliver tangible proof that it creates any real benefit.

In the wake of the Evening Standard investigation, Black friends have spoken to me of their "embarrassment" at Lee Jasper. "He talks a good talk, but when has he ever delivered?" one told me. "The only things I ever saw him do were turn up at funerals of kids who'd been shot and talk about how black people need to work together, or jump on the stage at a pop concert, trying to look cool high-fiving the band-members."

There's a real sense among them that Jasper hasn't used his position productively on behalf of Black Londoners. "He's a politico," said one. "He was given a mandate by Ken Livingstone to make some real changes. But I think many things have got worse for black people in London, especially when you think about gun crime and gang culture among the youth."

That same friend has moved out of Brixton to Barnes because he wants his children to go to a good school. He feels Jasper has done nothing to address the deeper problems in the black community, such as the poverty of aspiration. "I want to be middle-class," he told me. "I have no problem admitting that. But many black people think of prosperity as selling-out. How screwed up is that?"

Jasper belongs to a generation whose world-view hasn't changed since the 1970s. But the communities they claim to speak for have moved on. Black people and other ethnic minorities in London deserve a leadership whose agenda has changed to suit the realities of the present. They want politicians who are compelled to achieve results for them - and be made accountable if they don't.

Simply uttering the clichÃ©s of the past, as Jasper and his type so often do, is no proof that they know what the people of London actually want. They speak only for themselves. And ethnic London is the poorer for the white politicians who, out of cynicism or fear of being branded racist, tolerate their posturing.

A couple of The-Latest's readers commented:

I think the people Nirmal talks about, the 'self-appointed ethnic leaders', is an accurate description and people he talks about are common in all the cities across England. Having worked in the voluntary sector it makes me sick how they act as the voice of the EMC's, but in fact they are just milking the system. I personally think the government should have a look at the third sector, there is far much of that happening. There is a lot of good work of course, but that is done by volunteers, and project workers on salaries based on minimum wage. I think the Evening Standard have done a excellent job in bringing this into the public domain, I hope local newspapers in other cities might find a story or two in their city. I guess for now we can rely on the media publication, any interference at local council level would be immediately considered to be prejudice, racist, and discriminatory.

I agree 100 per cent with Nirpal, but he should have included Darcus Howe and Ali Brown. They are all tired worn out records and should be consigned to the past.

We Want Your News, Views And Pix

1 Response to "These 'leaders' no longer speak for Black London"

<p><strong><u>Chris Gaynor</u></strong></p> I genuinely believe that a lot of what is going in the corridors of City Hall and indeed Parliament is not about race, but is about clinging on to it. As the old saying goes, power corrupts, absolute power corrupts absolutely. I think it doesnt matter what race or colour you are it's about the right type of people we get going into politics. We seem to always have the wrong people entering politics. When will we get someone honest, hardworking, and not so self righteous into the corridors of power? Never in my opinion, because power breeds corruption!