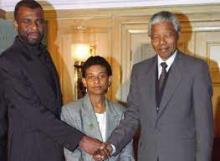 It was an iconic moment almost 30 years ago when arguably the world’s most famous person at the time Nelson Mandela stood in front of TV cameras, outside a central London hotel, to scold British politicians for their silence about racism. 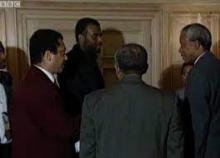 It followed the private meeting, which as leader of the Anti-Racist Alliance (ARA) I organised, between him and the parents of a Black teenager Stephen Lawrence, who weeks earlier in 1993 had been murdered by racist white thugs. Mandela fearlessly broke diplomatic protocol to utter the immortal words: “It seems like a Black life in Britain is worth as little as a Black life in South Africa.”

Immediately, Guy’s Fawkes firework-like, the issue of racist murders, exemplified by Stephen’s, lit up the sky and politicians, including Tory grandee Peter Bottomley, and the national media were awakened. But, rather than concentrate on catching the murders, police spied on Stephen's parents and other campaigner, including me.

Paul Dacre’s Daily Mail, at first hostile to a justice campaign it wrongly thought had been taken hijacked by Black militants, made it a defining cause célèbre for the paper after a visit to his home by father Neville Lawrence, who had once painted and decorated it. 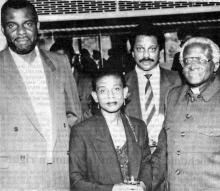 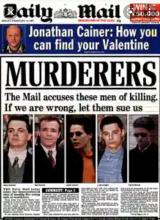 Acutely aware of previous criticism for what some commentators said was its long history of racist journalism, The Mail set up a Justice for Stephen Lawrence team, producing regular stories. This culminated in its notorious front-page splash headline “Murderers” that accompanied photographs of the four murder suspects.

It serialised mother Doreen Lawrence’s book about the case and has donated generously to her Stephen Lawrence charity.

There have been several television documentaries like the BBC’s recently repeated three-part Stephen: The Murder That Changed A Nation. 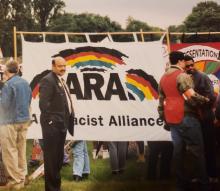 The ARA, which I founded 30 years ago this month, was a broad-based coalition that brought together an all-party group of politicians, trade unions, including the TUC, faith groups, youth, community organisations and celebrities. 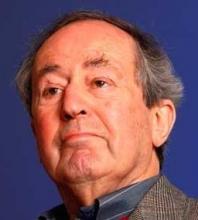 Eminent lawyer Geoffrey Bindman, one of several Jewish people and organisations we worked with, drafted a “racial harassment bill” for the ARA, that proposed making racial violence and harassment specific criminal offences, which, incredibly, they were not at the time.

After much campaigning, the law was changed accordingly. One of our proudest achievement was putting on the ARAfest annual music festival that attracted tens of thousands of mainly Black youth, decades before momentous Black Lives Matter mobilised similar numbers of them on protests around Britain.

The Macpherson Report into the Stephen Lawrence case called out Metropolitan Police “institutional racism” and exposed how the murder investigation had been bungled. It brought about some police changes.

But disproportionate police stopping and searching of, particularly young black men, continues unabated. And black men and women continue to be disproportionally killed in police, prison and hospital custody, hence the stalwart United Familes and Friends Campaign that does great work exposing this.

Anti-racist protestors did succeed in shutting down the toxic British National Party’s “nazi bunker” of a headquarters, as I dubbed it, in south east London, where Stephen and four other African, Asian and Caribbean males were murdered. But I, and others, was put on a “death list” by the BNP’s paramilitary Combat-18 for my campaigning. Today, despite past victories, racism is still as stark as it was three decades ago. It has morphed into some different forms like Islamophobia and government denial that systemic racism exists, with its revisionist Sewell Report. 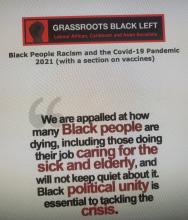 Sixty percent of the NHS workers who died at the beginning of the Covid-19 pandemic were people of colour, as my Grassroots Black Left comrade Deborah Hobson wrote about in Tribune. Seventy-two people of the same background were incinerated by the totally avoidable Grenfell tower fire – several of them Muslims, migrants, refugees and asylum seekers.

The Windrush scandal has seen 23 of its victims die before getting government compensation, two years after the Home Office scheme to help them was set up. Only a paltry five percent of those people eligible have had settlements.

Just last week, thirty-one migrants, fleeing Western-created wars and refugee crises, drowned in the English Channel while they attempted to reach British shores that our ruthless Boris Johnson and Priti Patel rulers have as part of their “hostile environment”. Refugees and asylum-seekers, including children and pregnant women, are locked up in squalid detention centres. Black people, some of whom came to this country with their parents as children, are bundled by private security guards onto government-chartered deportation flights. 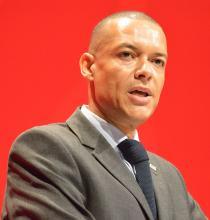 To fight these injustices, The Liberation Movement, a successor to the ARA, has just been launched by African, Asian and Caribbean activists, supported by politicians, including MPs Clive Lewis and Caroline Lucas, SNP councillor Graham Campbell, ex-Lib Dem MP Parmjit Gill, Grassroots Black Left, trade unionists, community organisations and individuals and celebrities like multi-award-winning filmmaker Ken Loach, rapper Lowkey and comedian Alexei Sayle. We marched last month in solidarity with the Jewish community on the anniversary of the Battle of Cable Street. We held a Hackney Council-supported special fundraising film screening for TLM on November 20. 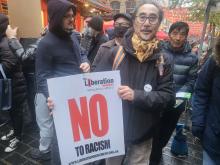 On Saturday, TLM was in London’s Chinatown, with other protestors, opposing the anti-Asian hatred that has risen to alarming levels since the beginning of the Covid pandemic. The new movement deserves your support at this perilous time.

*Journalist, broadcaster and filmmaker Marc Wadsworth is the author of a new edition of the biography Comrade Sak, Shapurji Saklatvala MP, a political biography available from Peepal Tree Press by clicking the link.