TL 'leads the way on news ignored by big media' 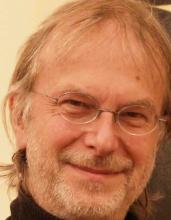 Not content with carrying regular scoops and original features on national and international issues – often ignored by the mainstream media – it recently joined up with the BBC to produce a documentary on the thousands of men and women who came to Britain from the Caribbean colonies to fight Hitler. Fighting for king and empire, Britain’s Caribbean heroes was screened to acclaim on BBC4 on May 13 and 17 as part of a series marking the 70th anniversary of VE Day.

Co-produced by The-Latest’s Marc Wadsworth and Deborah Hobson, the film exposed the colour bar enforced by the British military until political protests forced a change in policy.

The one-hour documentary followed the production of Divided by race, united in war and peace by The-Latest.com, which has been screened by the South African Broadcasting Corporation and at South Africa’s Tri-Continental Film Festival, the Samosa Film Festival in Kenya and recently at the prestigious MipDoc event at Cannes, France.

It also forms part of an educational schools project, supported by the Historical Association, that has been well-received by trade unions, students and teachers.

The-Latest.com can boasts a Facebook citizen journalism group with more than 3,500 members, making it one of the largest independent, English language groups of its kind.

Marc Wadsworth, the editor of The-Latest.com, commented: "The big growth in support for our website and its Facebook group shows the thirst that exists for “news from the bottom up” citizen journalism. It’s clear the public are cheesed off with the corporate-owned big media that serves the interests of the rich and powerful one per cent in Britain’s broken democracy. We are proud to be a strong alternative voice for the marginalised and unheard."

* Richard Lance Keeble is editor of the journal Ethical Space, on whose website this story first appeared, and former head of department at the University of Lincoln's journalism school.