Ugandan leader Yoweri Museveni has trumpeted his signing into law of a harsh bill that punishes gay sex with up to life in prison is about protecting African culture from Western interference. But prominent voices on the continent have contradicted him and other critics point out that bigoted white American preachers are behind an anti-gay crusade that has targeted Africa.

Nobel peace prize winner Archbishop Desmond Tutu angrily accused Museveni of going back on his word by agreeing legislation the president had previously likened to measures passed by Germany's nazis.

She tweeted: "There is no place for hate, discrimination in my beloved Africa. It's not Governments' business to make dress code or anti-gay laws #Uganda." 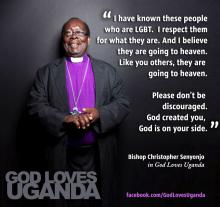 Leading Kenyan author Binyavanga Wainaina, who came out as gay last year, said the legislation "shames us all".

Pepe Onziema, a gay rights activist with Sexual Minorities Uganda, wrote: "Now that the #AHB [the Anti-Homosexuality Bill] has been signed into #AHLaw, I wonder what politicians and religious fanatics are going to use next."

He tweeted, defiantly: "@YKMusevenii knows we shall over turn this law in the constitutional court & with our determination we wont stop at nothing."

Mugisha added: "This [Tadesse's statement] will help. We need as many possible African voices speaking against this law."

South African gay activist Melanie Nathan commented: "This is hugely significant statement coming from an accomplished and respected African minister. I believe that many more Africans of noble esteem probably believe that which she has had the courage to speak."

The campaigner added that she was "especially disappointed that we have yet to hear officially from South Africa's President Zuma, from the only country in Africa where there is a fully equal constitution [including support for gay rights]." 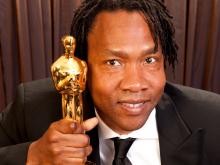 Oscar-winning filmmaker Roger Ross Williams has made a documentary about the role of the American Evangelical movement in fuelling Uganda's terrifying turn towards extremist biblical law, with its promotors even proposing the death penalty for gay poeple.

The documentary explores how, thanks to charismatic religious leaders and a well-financed campaign, the anti-gay law and the politicians that have peddled it have won over the Ugandan public. But these dangerous policies, and the money that lavishly funds them, aren't coming from Africa, where homosexuality wasn't outlawed before colonial rule. They're being imported from some of America's largest megachurches, which are multi-million dollar businesses.

Using actuality, interviews, and hidden camera footage, the film allows American religious leaders and their young missionaries that make up the "front lines in a battle for billions of souls" to explain their positions in their own words.

There has been worldwide condemnation of Uganda's new anti-gay law, including from American president Barack Obama, the British and several other Western governments who say it is an attack on human right.

Nonetheless, it is popular among many people in Uganda, where conservative Christian values are widespread. David Kato, who was considered to be a pioneer of the Ugandan gay rights movement, was bludgeoned to death in his own home in 2011 after a magazine published photos of him, identifying him as gay and calling for him to be killed.

Homosexual acts are illegal in 36 of Africa's 55 countries.