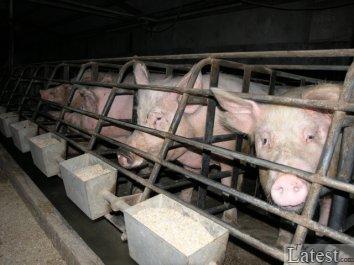 Campaigners have released a Tv documentary they have made that exposes the rise of a new strain of the MRSA killer virus in pigs and its link to the overuse of antibiotics on intensive farms.

Sick As A Pig, commissioned by the Soil Association, in conjunction with Compassion in World Farming, was filmed in the Netherlands, one of the countries most seriously affected by this farm-animal MRSA.

Although this type of MRSA was first detected in humans in the Netherlands as recently as 2003, it now causes almost one in three cases of MRSA treated in Dutch hospitals.

It is not yet known whether any British pigs are affected by the new strain of MRSA (called ST398) since the results of testing, which was required by the EU and carried out in 2008, have not been made public.

Several countries have already published the results of their own tests revealing significant levels of MRSA in national pig herds.

The European Food Safety Authority has said "it seems likely" that MRSA ST398 is "widespread" in the food animal population and is most likely in member states with intensive animal production.

Dutch scientists and Government officials blame the widespread use of antibiotics in intensive pig farming for the rise and rapid spread of farm-animal MRSA. The Soil Association has calculated that about 64per cent of all farm antibiotic use in the UK is in pig production.

Approximately 60 per cent of the pork eaten in the UK comes from the Netherlands and other countries that have MRSA in their pig herds. A Dutch government study has found that about 10 per cent of Dutch pork is contaminated with MRSA, yet the UK has introduced no controls on imports, and the Food Standards Agency has refused to undertake any testing of meat for MRSA. 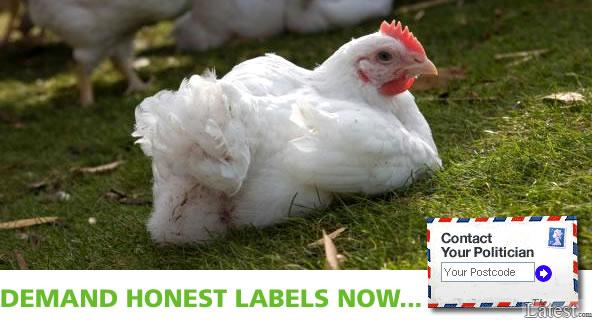 "This new type of MRSA is spreading like wildfire across Europe, and we know it is transferring from farm animals to humans - with serious health impacts.

John Callaghan, director of programmes at Compassion in World Farming, said: "MRSA is yet another potential example of how harmful factory farming is for animals and people.

"Factory farms, where animals are unnaturally crowded and stressed even with careful management, are always likely to need drugs to keep infections at bay.

"Cheap pork has nasty implications for the welfare of animals and for human health. We should eat less, but better meat - coming from animals that have lived a happy and healthy life."

A spokesperson for the Food Safety Agency said: "Testing raw meats for the presence of MRSA is not undertaken as the current evidence suggests that its presence on meat is not a food safety risk.

"The results of such testing would not change our advice on the handling of raw meat. As part of our strategy to reduce foodborne illness the agency endorses the 4Cs principles: Wash your hands properly and keep them clean; cook food properly; chill food properly and avoid cross-contamination.

"We believe that these principles, which are designed to reduce the risk from pathogens such as salmonella and campylobacter, are also applicable to minimising the health risk from MRSA, should these organisms be present on raw meats."

The Soil Association is a campaigning and certification organisation for organic food and farming.   Compassion in World Farming campaigns peacefully to end all cruel factory farming practices.

* Sick As A Pig can be viewed here.

What they said about inquest ruling