Participants at a networking dinner got a better understanding of new Labour Party leader Jeremy Corbyn’s Standing To Deliver 10-point plan, and an opportunity to interact with different chapters within the Momentum movement of his supporters.

In addition to highlighting Corbyn’s vision for a fairer society, the event on Saturday, organised by Africans For Momentum (AFM), also known as Africans For Jeremy Corbyn Values, included a global Africa quiz and a fundraiser at Timber Gardens restaurant at Croydon, south London, which served a range of Ghanaian dishes.

It was attended by a cross section of individuals and groups, from inside and outside the Labour Party. 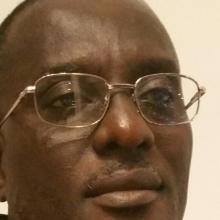 “We want growth, not austerity, decent homes and education, and a strong, publicly-owned NHS. This is about justice, and not about being hard-left,” said AFM chair and former Harrow Mayor Nana Asante.

He said: “The trailblazing election of Jeremy Corbyn presents us with a once in a generation opportunity to get the progressive issues he stands for on the national agenda.”

Wadsworth added: “This includes his longstanding commitment to fight for the rights of Africans at home and abroad, and we must grasp this with both hands.” 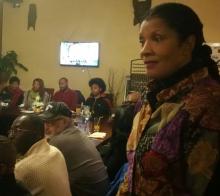 “The new kind of politics is about justice for all, not just the one percent,” added AFM secretary Awula Serwah.

AFM is an African-led pan-London organisation formed in December 2015. Its events are open to non-Africans, particularly those who share the vision and type of social justice advocated by Corbyn.

The formal launch of AFM will take place on February 22 in central London. For more details, contact: africansfor@gmail.com