UK and US workers join to form 'super-union' 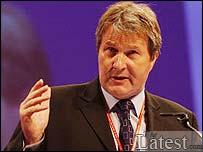 Britain's biggest union is to form a new international super-union with an American counterpart. Unite has announced a merger with the US-based United Steelworkers union.

Unite itself is the product of a merger between two of Britain's biggest unions - the Transport and General Workers Union and Amicus.

And joint General Secretary Derek Simpson said such moves were necessary to respond to the increasing number of multinational companies.

"The political and economic power of multinational companies is formidable," he said.

"They are able to play one nation's workers off against another to maximise profits. With this agreement we can finally begin the process of closing that gap."

He also urged other unions, from Poland to Australia, to join Workers Uniting.