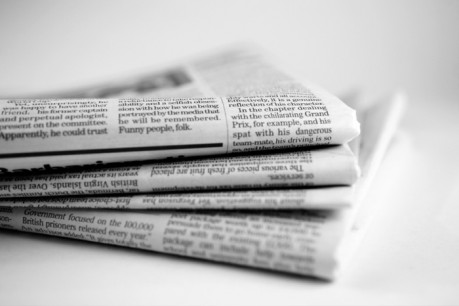 Prominent amongst those things that we believe define us is our ability to exercise our vocal chords. This right is something we instinctively feel should only be limited in the most exceptional circumstances. And we are right to take this view.

But I think we need to acknowledge that the freedom to speak frankly and freely has been under threat in our country in recent years. Sometimes it seems that Home Secretaries have pretended to promise boundless security and the rest of us have suffered the consequences.

So this debate is not just about defamation and privacy laws and libel tourism. And it goes beyond superinjunctions and the less than attractive corporate bullying that we see of scientists and researchers.

It includes the broadening of criminal speech, so that even religions, belief systems, are granted the special protection of the law and you can commit a crime by describing them in a particular way.

And it’s about terrorism legislation. It’s about criminalising the possession of articles, often consisting of books freely available on the internet, and foolish and unnecessary new offences of encouraging terrorism, as though incitement were not enough.

So where do we place English libel law in this battle ground? How does it face up to this shining principle, this right to speak freely, and to exchange views and ideas without the fear of the dock or the witness box? Which side is our libel law on?

Well, the Americans are pretty clear. Many of their state legislatures have enacted laws protecting US citizens from the chilling grasp of our current law, by making English libel awards unenforceable in US courts.

And now the US House of Representatives is considering a bill to protect all American citizens in the same way.

Of course the Americans have long given free speech far greater protection than we have. To their credit, many of us would say. But it’s not just the Americans.

The United Nations Human Rights Committee has said that our libel law was encouraging critical reporting on matters of serious public interest and adversely affecting the ability of scholars and journalists to publish their work.

Critically it said the internet meant that all this was having a depressing effect upon freedom of expression across the world.

Let me give some examples:

October 2007, Kiev Post story about allegedly corrupt land deals in that city. Obviously written in Ukrainian. Only 100 subscribers here. Yet Rinat Akhemetov was permitted to sue.

January and February 2007. A Ukrainian internet news site published an article about the same man’s youth. A hundred or so subscribers here. Again he was allowed to sue.

Now Ukraine is probably a country that could do with more, rather than less, free speech. To put it in moderate terms, it’s a shame our courts are being used to deliver the opposite.

And it’s not only foreigners who feel the chill wind of all this.

A UK hospital consultant speaking at a medical conference in North American criticised a new piece of medical equipment. A specialist Canadian website carried his comments. He’s now being sued, not in North America – where the claim would be thrown out with contempt – but here by the manufacturer.

And famously, Simon Singh, the well-known science writer. He wrote an article in the Guardian saying that the British Chiropractic Association ‘happily promotes bogus treatments’.

Since their treatments include the suggestion that spinal manipulation can cure migraine and eliminate ear infections, I’m tempted to express an opinion of my own. But I’d better not. The BCA are suing Singh.

Incidentally, I see he has an interlocutory appeal listed in the Appeal later this month. Interestingly, it is apparently to be heard by the Lord Chief Justice, the Master of the Rolls and Lord Justice Sedley.

Perhaps the court will say that our law should be nurturing the free exchange of ideas. It should be protecting research and science. It shouldn’t encourage corporate bullying. It should allow free and autonomous people to be thoroughly offensive to one another. And it certainly shouldn’t have any role in shielding chancers and charlatans.

Above all, our law should not associate our country with the suppression of free comment or the stifling of information so that it dies before it can pass around the world. We don’t really want to be discouraging journalists in the Ukraine.

None of this is to say we don’t need libel laws. Of course we do. Malicious and deliberate falsehoods should always be actionable. Gross distortions and inaccuracies must be susceptible to challenge. Powerless people need to able to protect their reputations in the face of powerful media onslaught.

But the law should be set up to interfere in the minimum way with free expression.

Jack Straw has set up an inquiry into our libel laws. It has a broad based membership. Let me make conclude with some modest suggestions.

In an internet age, we need to get away from the idea that every publication is a separate offence. We should replace Duke of Brunswick rule, which is surely showing its age with a defence of the non-culpable republication.

This is particularly damaging and has led directly to some of the causes I described earlier. We should prefer the American rule.

A claimant should have to show that a defendant’s internet publication is targeted directly at the state in which a case is subsequently brought.

In the America, the fact that a publication is merely available in the jurisdiction is not sufficient to found jurisdiction.

Denying corporations the right to sue

In Australia, bodies of over 10 people are prohibited from suing unless they can show malice or deliberate recklessness. Again, this would have prevented some of the cases I have described.

Corporations have a wealth of other means for counteracting inaccurate claims about them. Advertising, PR, access to the media etc. They really do not need to bring personal claims against scientists. Not if they want to retain any public respect.

A form of cheaper arbitration with the power to order appropriately prominent retractions and apologies. And a power to order suitably capped damages. Retraction and apology should be at the heart of any system of remedy.

And what about the other side. One of the reasons that the public are not more incensed about these issues is probably because the press have long behaved so badly that no one cares if their expression is restricted. Richard Desmond’s newspapers’ vile attacks on the McCann’s are just one example.

But this public cynicism is very dangerous. It devalues something in all of us. And it creates a climate in which repression becomes too easy

Independent regulation of the press

This one isn’t spoken about much. Perhaps it deserves an airing. The press may think the PCC works, but they are living in a dream world. Nobody else does

Actually, self-regulation doesn’t work in any sphere-and newspapers are the first to criticise other professions that control themselves in this way. Why? Because it has no credibility. The public doesn’t begin to trust it – and they’re right not to do so.

We have independent regulation of television through Ofcom. Does that inhibit BBC News for doing its job. Is ITV stymied by the regulators?

More acknowledgement by the press of their own failings would usefully go side by side with some of the reforms I have suggested.

Sir Ken MacDonald QC practises from Matrix Chambers and was director of public prosecutions, 2003-2008, he is also a trustee of Index on Censorship.

This is an edited extract of a speech he delivered last night at Gray’s Inn.