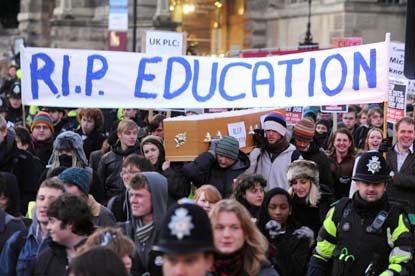 This week has seen the government deliver another crushing blow to the young people of this country with the abolition of the Education Maintenance Allowance (EMA), writes Lisa Nandy.

*Nandy, 32, is Labour Party Member of Parliament for Wigan and a former Labour councillor in the London borough of Hammersmith and Fulham.

Alongside tripled university tuition fees, the scrapping of the Aim Higher programme, cancellation of the Future Jobs Fund and cuts to housing benefit for the under 25s, up and down the country MP's were being asked: what does the government have against young people?

In the past weeks I have spoken at debates and meetings on the impact of the cuts on young people and the despair and anger has been overwhelming. The last time I saw anything like it was when I was growing up in the 1980s and 90s. One student at a Save EMA rally this month spoke powerfully about the way the media vilifies young people as violent yobs, petty criminals or just plain lazy and unwilling to work for a living. Last year young people were told they were apathetic. Now that they have found their voice they are labelled as thugs.

The EMA protests - peaceful and hugely forceful - should serve as an example to others who seek to bring about change. It is evident that Conservative Prime Minister David Cameron and Secretaries of State, Gove and Cable are entirely taken aback at the response from young people - if they had expected anything like the level of protest seen on Wednesday they would have surely bothered to find more evidence to rubbish the EMA than one deeply-flawed, unrepresentative study. 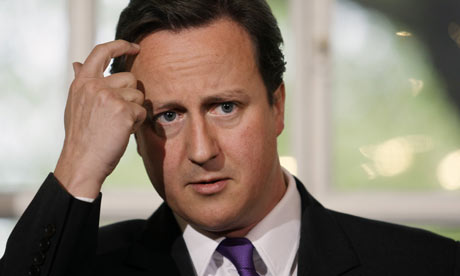 It is common for groups who are assumed to be powerless to be marginalised or targeted by governments. We can see this through the longstanding ill-treatment of asylum seekers and migrants under successive governments - and the marginalising of older people and treatment of people with disabilities under this one.

The Disability Living Allowance has been cut by up to £9,000 per claimant and changes to the work capability assessment will make it virtually impossible for people with mental health difficulties to prove they are unable to work. Meanwhile the decision to link the state pension to a lower measure of inflation means that pensioners will see a decrease in their real earnings year on year. These groups tend to have a limited voice in society - much less powerful than the bankers - but it seems government was wrong to underestimate young people in the same way.

In questions to the Attorney General on Tuesday, I raised the issue of one such group: victims of child trafficking. Under the present system, there is potential for children as young as four to instruct their solicitor, who is then bound to make representation in court on that information, despite suspecting it to be false. This means that often children are handed straight back to their abusers, having been manipulated to tell their solicitors that's what they want. It is hard to think of anyone more powerless than asylum-seeking or trafficked children and yet successive governments have failed to put in place guardians that will look after their best interests.

The job of the Labour opposition, campaigning groups and trades unions is to give a voice to these groups and to empower them to stand up for themselves when they are faced with such repression.

The Save EMA campaign has been an excellent example of this - uniting a wide coalition of partners but most importantly, young people who have found a new political voice. These people are not 'deadweight' as the government so insultingly refers to them, and as John Cryer MP said this week, if I were Gove, Cameron or their colleagues I would be deeply regretting my decision to pick on these young people because, by the next election, their politicisation may be something the coalition come to regret.

Will The Real Condi Rice Please Stand Up?