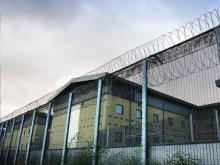 Indefinite detention of asylum seekers is expensive, ineffective and unacceptable, campaign groups have said following the publication of a damning report into the welfare of vulnerable persons held by the Home Office.

He also called for greater protections for people who are victims of rape and sexual assault, people with learning disabilities and those suffering from post-traumatic stress disorder.

Shaw’s report, titled Review into the Welfare of Vulnerable Persons, called for the number of detainees to be reduced “both for reasons of welfare and to deliver better use of public money.”

He highlighted medical research which demonstrates how immigration detention can damage the mental health of detainees, especially when the detention period has no limit.

The effectiveness of the policy was also dismissed, as Shaw pointed to evidence suggesting that there is no correlation between the number of people detained and the number lawfully deported.

“There is too much detention; detention is not a particularly effective means of ensuring that those with no right to remain do in fact leave the UK; and many practices and processes associated with detention are in urgent need of reform,” Shaw wrote.

“Most of those currently in detention do not represent a serious [or any] risk to the public, and many represent a very low risk of noncompliance because of their strong domestic links to the UK,” he added.

Shaw suggested a combination of tagging, residence and reporting restrictions, and voluntary returns be implemented instead.

In the same month a cross-party inquiry in parliament called for an end to indefinite detention, but the Home Office has yet to act.

Campaign groups repeated their calls for an end to indefinite detention in the UK, one of only a handful of countries in the world to detain people without limit.

Amnesty International UK described the treatment of vulnerable people in detention as “shocking.”

“Most people wouldn’t know it, but the UK locks up thousands in immigration detention, including rape victims, torture survivors and people with serious mental illness.

“This can and frequently does have a terrible impact on their mental health. In some cases the harm it does can be catastrophic. The system destroys people’s lives, and is utterly unacceptable.”

“It is high time UK government ministers listened to the experts, who time and again have warned of the terrible consequences of the UK’s excessive use of detention.”

*This story first appeared on RT.com.