Twenty-six of the most powerful American corporations – such as Boeing, General Electric, and Verizon – paid no federal income tax from 2008 to 2012, according to a new report detailing how Fortune 500 companies exploit tax breaks and loopholes. 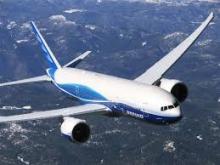 The report, conducted by public advocacy group Citizens for Tax Justice (CTJ), focuses on the 288 companies in the Fortune 500 that registered consistent profit every year from 2008 to 2012. Those 288 profitable corporations paid an “effective federal income tax rate of just 19.4 percent over the five-year period — far less than the statutory 35 percent tax rate,” CTJ states.

A third, or 93, of the analysed companies paid an effective tax rate below 10 percent in that timespan, CTJ found.

Defenders of low corporate taxes call the US federal statutory rate of 35 percent one of the highest companies face in any nation. But the report signals how the most formidable corporate entities in the US take advantage of tax breaks, loopholes, and accounting schemes to keep their effective rates down.

Just 25 of the 288 companies kept tax breaks of $174 billion out of the $364 billion total. Wells Fargo received the largest amount of tax subsidies - $21.6 billion - in the five-year period. The banking giant was joined in the top ten on that list by the likes of AT&T, ExxonMobil, J.P Morgan Chase, and Wal-Mart.

About one in 11 of the 288 companies paid a zero percent effective federal income tax rate in the five years considered. Pepco Holdings – which supplies utility services to Delaware, the District of Columbia, Maryland, and parts of New Jersey – paid a cumulative five-year effective rate of -33 percent, the lowest of any company in that period.

In fact, utilities came out particularly well among other industries.

CTJ said the companies are allowed to pay such low federal rates based on factors that include offshore tax sheltering, accelerated asset depreciation based on continued investment, stock options, and industry-specific tax breaks.

“Of those corporations in our sample with significant offshore profits, two thirds paid higher corporate tax rates to foreign governments where they operate than they paid in the U.S. on their U.S. profits,” according to CTJ.

The non-profit group says this lax taxation climate among the most powerful US corporations comes amid an aggressive push by lobby and trade groups on Capitol Hill “to reduce the federal corporate income tax rate, based on the claim that our corporate tax is uncompetitively high compared to other developed nations.”

Just this week, US House Ways and Means Committee Chairman Dave Camp, a Republican, introduced a tax reform proposal that would lower the maximum federal effective tax rate to 25 percent. Though, tellingly, this aspect of the plan – among other attempts at bipartisan consensus in the proposal – renders it no chance of even getting a hearing in the Republican-dominated House during a mid-term election year, when such a conciliatory offering can be used as a cudgel against disapproving conservatives.

Companies have already disputed CTJ’s report, saying that the study only looks at federal income taxes while ignoring other tax burdens they face, such as on the state and local level. In addition, the companies say low effective rates are part of congressional attempts to offer tax relief to corporate America in order to create larger economic opportunity.

“These findings refute the prevailing view inside the Washington, DC Beltway that America’s corporate income tax is more burdensome than the corporate income taxes levied by other countries, and that this purported (but false) excess burden somehow makes the U.S. ‘uncompetitive,’” CTJ concluded.

* This report first appeared on the Russia Today website.

Submitted by Newsdesk on Sun, 03/02/2014 - 15:57
Category:
Did You Know?
Tags:
capitalism
tax
US corporations
corporations
fatcats