US right-wing's '12 Years a Slave' backlash

Within American society, there is a segment that avoids viewing the society through a lens that does not provide a comforting and disconnected view of American history and how it came into existence. This reality is no more evident than when one listens to right-wing talk radio or read commentary from those that shape that minority opinion or comments originating from their listeners and readers themselves. This segment has been highly agitated of late with the attention given films addressing America’s birth defect, chattel slavery. 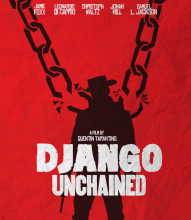 Unlike director Quentin Tarantino’s bloody and raucous slave revenge film Django Unchained, which garnered Tarantino an Oscar for Best Original Screenplay and a Best Actor award for Christoph Waltz, director Steve McQueen and John Ridley, responsible for the adaptation from the autobiographical account, bring to the screen the true story of the horrendous inhumanity heaped upon Solomon Northup, born a free Black man, who was duped, drugged and kidnapped to be sold into slavery in 1841 in the Academy Award winning Best Picture, 12 Years a Slave. In total, the film captured three awards, including Best Screen Adaptation for John Ridley and Best Supporting Actress for Lupita Nyong’o.

The power of this film is found in McQueen and Ridley’s fidelity to the preservation of events as reported by Solomon Northup in his autobiography of the same title.

When Django Unchained was released, the bloody nature and violence in the film were bemoaned. However, everyone familiar with Tarantino’s films has learned that appears to be his trademark content. There was also much discussion all around, including in the African American community, as we argued among ourselves over the use of "nigger", although appropriate to the time period, many feeling Tarantino went too far. I’ll state for the record that I didn’t think so.

Of course, a more appropriate critique involved the likelihood of Django’s bodacious revenge, being played on screen masterfully by Jamie Foxx, having the possibility of occurring. This criticism was off the mark as well because Django Unchained was a slave revenge fantasy!

This year’s Best Picture, 12 Years a Slave, is an accounting of all aspects Solomon Northup chose to share with his readers regarding his hellish experiences trying to survive within America’s system of chattel slavery.

For that segment of America that views American history through rose coloured glasses, it was easy to point to any and all manner of issues regarding Django Unchained, arguing the authenticity of this, that or the other detail that was portrayed in the film. After all, the logic seemed to go, it was a made up story so, we can dispute the entire film’s portrayal of events provided.

That cannot be said of 12 Years a Slave unless one chooses to dismiss Northup’s accounting of what transpired during his enslavement in Louisiana. The film remains true to the events written in his autobiography.

So, those within the right-wing are coming unglued as they seek to counter the portrayal of actual events that are written in the book.

Jamelle Bouie at thedailybeast.com writes of James Bowman of The American Spectator and his lament, quoting his criticism of McQueen: “If ever in slavery’s 250-year history in North America there were a kind master or a contented slave, as in the nature of things there must have been, here and there, we may be sure that McQueen does not want us to hear about it.”

To which Bouie comments: "It’s when you find yourself denouncing someone for unfairness to slave owners that you should step back and re-evaluate your life."

I could not have said it better myself.

US right-wing's '12 Years a Slave' backlash