Whatever happened to childhood? 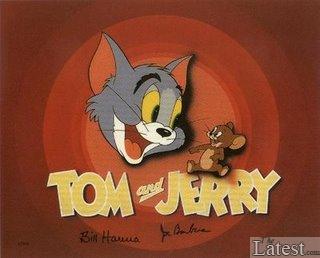 Many people claim that children seem to be growing up too fast. I never used to pay attention to these suggestions as my younger brother was proof enough for me that it couldn't be true. However, after my recent visit to a primary school I have had my eyes opened to the devastating effect that technology and the media has had on our children.

I only spent two hours with a small group of children doing a workshop with them about education. The workshop involved talking to them about their expectations of secondary school, college and even university, in an attempt to raise aspirations.

The pupils I worked with were only in year 6 making them no older than 10 years old. With a small group of 5-6 children we started on the activities, which were a mixture of group discussion and individual work. They were a very lively enthusiastic bunch with lots of ideas.

One of the discussions was based around safety when walking to and from school. I was shocked when one girl suggested that a way to stay safe was to carry a knife. In my state of disbelief at the seriousness of the comment, another child beat me at correcting her. This child quoted one of the many campaigns used to combat knife crime . A minor argument developed which I had to tactically handle so that no feelings were hurt and no one felt embarrassed.

We moved onto another activity and the rest of the session went well and was thoroughly enjoyable. As my group finished early we sat in a circle and I let the children talk among themselves.

I found out that all of them were on Facebook, Bebo and Myspace, not just one but two or three social networking sites; they even named some sites that I didn't know like Piczo. They asked me what mobile phone I had. I said:  "Erm a silver one" which got a response of bemused faces, as though I had just told them that the whole idea of Santa Claus was in fact a lie (although thinking about it, the rate that these kids have matured I doubt they even remember Santa Claus). They all seemed to have the latest mobile phone.

When I was growing up the internet was a brand new thing, but these children have it as part of their everyday lives and its ruining their childhoods. They spend too much time on social networking sites that were never intended for them. Even some of the programs that they said they were watching on television shocked me. Tv shows like Skins and movies such as Kidulthood. One girl even told me that she watched Kidulthood with her parents. Personally, I still can't watch Tv soap Eastenders with my parents when it starts getting a bit raunchy let alone something like Skins.

How to avoid danger as a citizen journalist

END_OF_DOCUMENT_TOKEN_TO_BE_REPLACED

BFI London Film Festival, 2020
10 months 8 hours ago
Think Digital Summit UK & Ireland 2020
9 months 4 weeks ago
Parliament for Researchers – how to engage with the UK Parliament
9 months 3 weeks ago
James O’Brien in conversation: How Not To Be Wrong
10 months 2 weeks ago
Diwali festival, India
8 months 3 weeks ago
END_OF_DOCUMENT_TOKEN_TO_BE_REPLACED