When celebs declare war on hacks 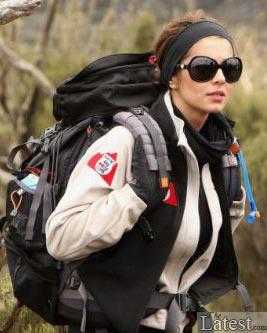 Journalists have always had a habit of winding up celebrities; it's part of the job! But every so often, one wordsmith writes something that causes a major ruckus. So as top BBC Radio 1 DJ Chris Moyles and pop star Cheryl Cole declare war on the Daily Mail hack who mocked their efforts to climb Mount Kilimanjaro for Comic Relief. Her I look at other reporters who have managed to make celebs lose their cool.

Chris Moyles v Polly Graham (Daily Mail)
As a group of British celebrities including Cheryl Cole, Gary Barlow, Alesha Dixon, Ronan Keating and Chris Moyles hiked their way up the 19,340ft Mount Kilimanjaro to raise money for Comic Relief, the whole nation cheered them on … except Polly Graham from the Daily Mail. Just before the group set off, the celebrity journalist wrote an article mocking Cheryl for wearing designer sunglasses and stating that the Girls Aloud singer had no chance of reaching the top. She wrote, waspishly: "With her over-sized designer sunglasses, blow-dried hair and generous application of lip gloss, Cheryl Cole looks more ready to tackle the red carpet than conquer Africa's highest mountain." And added:  "If Cheryl makes it to the top," guffawed Polly,  "I'll eat Chris Moyles' underpants."

Well, Cheryl DID make it to the top, as did Chris, as did all of them. And they raised around  £1.5 million for Comic Relief in the process. The celebrities were fuming when they heard about the article and on his first day back on-air at Radio 1 this week, Moyles called Polly Graham a  "disgrace" and invited her to donate a week's wages to Comic Relief as an apology. Moyles also demanded that she honour her promise to eat his under-crackers. Bon appetite!

Lily Allen v The New York Times
Lily Allen has always had a turbulent relationship with the press  — she has often blasted the  "vile" photographers that follow her, and laid into the  "two-faced" journalists that slag her off one minute then claim to be her mate the next. But few have angered the chart-topper like the New York Times did recently.

Lily did an interview with the arts section of the well-respected New York paper in February, and to go with the piece the singer agreed to pose for a few pictures in her London home (something she had been reluctant to do previously). But to Lily's dismay, the newspaper then sold the shots to OK! magazine without her permission  — a betrayal which left her furious.

Lily wrote on her blog: "It is unusual for me to allow photographers into my home but these seemed like special circumstances and after all TNYT is one of the most respected news publications in the world." The star added that learning the shots had been syndicated to a "tabloidy" magazine such as OK! left her furious. "Needless to say I was mortified, in fact I was in tears," Lily wrote. "Six photos of inside my home for everyone to see, and a made up interview that was very misleading. All this because I'd let the NYT photographer into my home."

The New York Times did respond to Lily's rant with an explanation, which she posted up on her blog with a note:  "Uuuuurrggh , so patronising and gross." 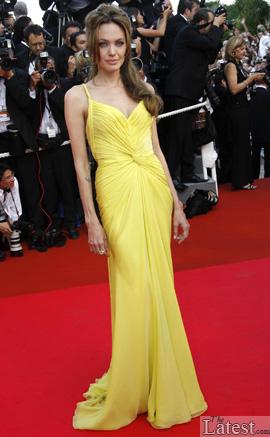 Ryan's E! duties mean he is constantly on red carpets at the most glamorous showbiz events, interviewing A-listers from Beyonce to Mickey Rourke to Penelope Cruz. But not Angelina Jolie. She walked past him at the Golden Globes, ignoring his plea for a quick chat, and gave him the silent treatment again at the Oscars, despite Brad Pitt taking pity on the host and breaking away from Ange to give Ryan a few words. Now reporters are speculating that they were deliberate snubs, particularly as Angelina seemed happy to talk to other journalists on the red carpet. Perhaps the star doesn't approve of Ryan's work on American Idol?

Kelly Osbourne v Zoe Griffin (The Mirror)
Kelly Osbourne has never been afraid to speak her mind. So when celebrity journalist Zoe Griffin decided to write a story in the UK's Mirror newspaper about Kelly's fiancÃ© Luke Worrall, claiming that the 18-year-old model didn't know what an earthquake was, she can't have been surprised that Ms Osbourne had something to say about it. But on a night out at London's Punk nightclub in August, Ms Griffin reportedly got more than just a piece of Kelly's mind  — she got a slap in the chops too.

Writing about the incident, Griffin recalled that Kelly approached her saying: "I have an issue with you. My boyfriend knows what an earthquake is and everyone has been laughing at him and he's upset." Then as the conversation drew to a close, Griffin wrote, "That's when I felt a hard slap to my right cheekbone."

Kelly turned herself into a police station in January and was arrested for assault. She must return in March to help police with their investigations. Luke is yet to comment on earthquakes or any other natural disasters.

* Lawyers acting for pop singer Lily Allen have used anti-stalker legislation to stop her being harassed by photographers.

The move, under the Protection from Harassment Act 1997, was made at the High Court on Friday and followed an incident outside the singer's London home on Thursday involving more than a dozen photographers.

After leaving her house in a car, she was followed by photographers in several vehicles, one of which ended up colliding with her car. After the collision, photographers continued to follow Allen.

Lawyers Carter Ruck went to the High Court on Friday and obtained undertakings from two photographic agencies and a third photographer not to harass Allen.

The order also sets out more wide-ranging restrictions on "X and others" who are defined as "The individuals responsible for taking photographs of the claimant outside her home and in other public places during February and March 2009.

The order states that these photographers must not:

The order states that anyone disobeying the order could imprisoned, fined or have their assets seized

My reality Tv show blog - mud and all