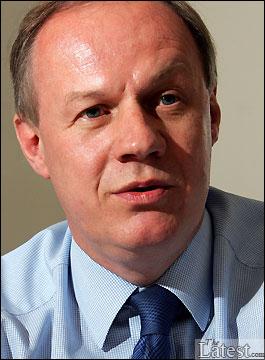 Politically-inspired action by Britain's secret police that resulted in the arrest of journalist Damian Green MP, left, has been widely condemned. Green has allegedly leaked sensitive government papers to the press. He is the opposition Conservative Party's spokesman on the controversial issue of immigration.

Confidential memos from senior ministers given to journalists by Green, in his job as an elected public servant, have greatly embarrassed the administration of Prime Minister Gordon Brown. Spin doctors of Brown's ruling Labour Party have denied any role in the decision for police to arrest Green on Thursday and search his parliamentary and private offices.

On November 11, an unnamed Home Office official was arrested in the early hours of the morning by counter-terrorism police in connection with leaks.

Politicians of all parties, including former Labour Home Secretary David Blunkett, have condemned the arrests and so have Britain's newspapers.

The-Latest believes whistleblowers are essential part of democracy. We make every effort to ensure that it is easy and safe for you to blow the whistle on politicians. If you want to send an untraceable encrypted email, we recommend using Hushmail.

If you want to clear your conscience, in confidence, this is the place to send documentation without being traced. Peter Hain's demise began with the leak of just one document; his deputy leadership of the Labour Party campaign budget. That tip set in train a process that led directly to him resigning from the cabinet and being investigated by the police for undeclared donations.


The-Latest wants to know who is on the fiddle? Who is lying? If you know "the line" that is being peddled is a lie, ask yourself why you got into politics; was it to cover up the truth or tell it? Sources are anonymous (unless you want to be credited by name).

We rely on you for information.