White South Africans flock to Britain despite its bad name 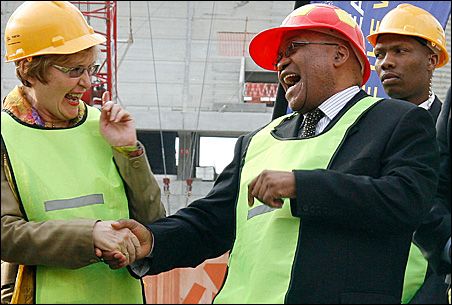 More than half a million mainly white South Africans have made the United Kingdom their home. With the population of Britain expected to reach bursting point at 70 million in a couple of decades time, will more of them flock here or be put off by bad publicity about the UK in South Africa? Stefan Marseglia finds out.

When he was in Cape Town, Francois du Plessis started the day like many of us. He got up, had a shower, ate breakfast and headed off to work to begin the Monday-to-Friday, nine-to-five routine. Yet, “working and living in our oversized metallic cages” as he puts it, plus constantly “having to lock ourselves up at night with one eye on the panic button” is why du Plessis, like many others among the white South African population, has decided to pack up his belongings and move from the warm climate of the continent's richest and most developed nation.

Whether the emotive words “third world, diverse, apartheid, townships, or healing,” spring to mind, one fact remains apparent; South Africa has a bad name and people like du Plessis are running from it. The United Nations ranks the country the “rape capital of the world” (the current president Jacob Zuma was controversially acquitted of forcing a woman to have sex with him). On top of this, South Africa is second in the world for the amount of brutal attacks and murders and so it is probably no surprise that the number of people leaving the country is on the rise.

The South African government doesn't keep reliable emigration statistics. But even as the global financial crisis has caused emigration from most other countries to slow, a number of current independent studies show that mass departures from South Africa are ongoing and are sapping the nation of its skilled and best-educated young citizens. The most dramatic figures can be found among South African white people, who are leaving at a pace consistent with the advent of "widespread disease, mass natural disasters or large-scale civil conflict," according to a report by the South African Institute on Race Relations. Some 800,000 out of a total white population of four million have left since 1995, by one count. Ninety per cent of South Africans in Britain are white. 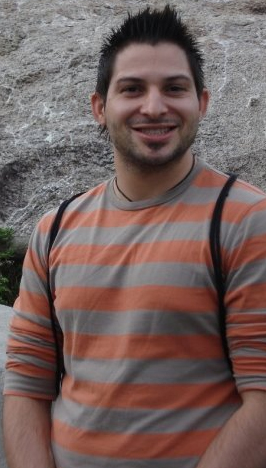 South Africa's racist apartheid system, that forcibly separated white people from Black people by law, ended more than a decade ago in 1994 with the advent of democracy, Black rule and Nelson Mandela’s presidency. Since then the country has vigorously tried to right its past wrongs. The government adopted a progressive constitution enshrining rights for women, men and lesbians and gays, among others, and passed equality laws such as the Employment Equity Act. So a bright future for the young, first post-apartheid generation appeared to be on the horizon.

The majority of people who leave South Africa are choosing Britain over previously popular Australia, New Zealand and other parts of Western Europe; the question that should be asked is why, especially in the light of the bad press the UK has been getting.

The Daily Mail blasted Britain as “the most violent country in Europe." It said "Britain is also worse than South Africa and the United States”, after shock findings made public by the European Commission and the United Nations. Britain has the second highest overall crime rate in the European Union, a higher murder rate than any of its western European neighbours and, with levels of teenage pregnancy and binge drinking on the brink of creating a full-blown crisis, the nation does seems "broken" as some politicians and media say. But this has not frightened off South Africans who now make up one per cent of the nation’s population, according to the UK's Office for National Statistics.

Putney, Wandsworth, Wimbledon, Leyton, Muswell Hill, Kilburn and Stratford in London, and many more places outside the capital, have experienced an influx of migrants from the so-called “rainbow nation” as the PR-conscious South African government likes to describe it. For du Plessis, a 28-year-old information technology (IT) worker from Stratford, currently in the United Kingdom on a work permit, his arrival has resulted in better prospects in all spheres of his life.

He explains: “Even though I had a string of successful jobs in Cape Town, such as working at Clicks (the equivalent of Boots the chemist), I decided to move to the United Kingdom for a better way of life. Not only is my government corrupt, the crimes rates are out of control, so coming to Britain has been a God send. Even though I have witnessed fights and brawls whilst being here, the standard of living is much better. I’m able to earn more and spend it on things that I never could have done in South Africa, like going to the theatre. I just feel much safer.”

If better security prospects and the chance to earn more were given on a plate, certainly many would not think twice to take it and reap all of the rewards. However, with such a decision being made by tens of thousands like du Plessis, how has this affected South Africa?

The Runnymede Trust’s report, South Africans in Multi-Ethnic Britain, states that the “brain drain” of skilled workers leaving for other opportunities costs du Plessis’s country more than 2.5 billion rand (just under £200,000m) a year. The same study found that more than 70 per cent of skilled South Africans still in the country are considering emigrating. The IT worker from Stratford would give them the “thumbs up”.

Du Plessis said:  “If you are considering emigrating, then my advice would be to do so. The post-apartheid South African government is currently creating laws which resemble apartheid laws so inequality in South Africa is rife and working there is just not an option.”

Its rulers would strongly disagree. The government's Employment Equity Act of 1998 and the Broad Based Black Economic Empowerment Act of 2003 aim to promote and achieve equality in the workplace but du Plessis argues that the opposite is occurring, due to “the legislation reserving 80 per cent of new jobs for Black people, making me second class, alongside many others, in the social grouping which struggles the most to find employment. This is why Britain came in so handy”.

Yet critics, such as the South African security minister Charles Nqakula, view du Plessis as just another whingeing Afrikaner that secretly desires a return to days when their white minority ruled the roost.

What needs to be done in order to stem the tide of “emigrating white, whingeing Afrikaners” resulting in Robyn Cory, visa manager for 1st Contact Group in South Africa, in his own words, “receiving over 4,000 queries per month”?

According to Hannes Breytenbach, a UK immigration lawyer at Breytenbach’s Solicitors, a company founded by a South Africans in London, the current political priorities in South Africa need to shift.

He says: “If the government offered competitive packages and better work conditions, especially to medical and educational workers, more workers will be willing to stay.”

Breytenbach adds: “However, one must keep in mind that many migrants return to their home country after working overseas for a couple of years and they often go back with new skills and capital that they then invest in the local economy.”

But, according to Reinier Viljoen, a 25-year-old gap-year student from Senekal, South Africa, who has two honours degrees in tourism management and economics but works as a waiter at Leyton, east London, going back home after being exposed to so many new and exciting things in Britain is not an option.

He says: “I didn’t think I would be working for a restaurant on a part-time basis in the UK, but I don’t mind. Having my two degrees has come in handy in this country, since not only do I work in the kitchen and prepare all of the starters on the menu, I also have to help out with the marketing and am responsible for processing daily sales and payments.”

Even though he has had to compromise in the employment sector and take a lowly-paid, menial job, Viljoen says that the UK has had many things to offer.

He says: “I just love Britain. It certainly makes a change to Senekal, since there are so many different cultures, races and religions. I have been able to open my eyes to the world at the same time as travelling to visit cultural landmarks. I find that citizens of the UK are much more proud of their history and the cultural heritage than people in some other countries and that is very important.”

The Houses of Parliament, the Tower of London and the London Eye may be magnificent tourist attractions for any new UK resident but Viljoen’s rose-tinted view of the greatness of a first world country is slowly changing now he has been in Britain for more than a year.

Viljoen says: “It’s important to remember that the grass always looks greener on the other side. As soon as I started to get used to everything, I realised that even a first world country has its own problems and flaws, for example with teenage pregnancy and the high rates of underage drinking. But, with that being said, I don’t think I will ever go back to South Africa permanently. The political environment definitely needs to change and (President) Zuma’s criminal trials (Zuma appeared in court on August 4 2008 on corruption charges for which it was eventually decided by a judge that there was no case to answer) certainly show this. There are a lot of different people in South Africa, but instead of being the perfect “rainbow nation” the ends go in different directions as the majority of the key players in the different communities each have their own agendas.”

Viljoen is in the UK on a working holiday visa, which is available to all South African residents aged between 17 and 30 for a two-year period. Monica Smit, a 42-year-old cell biologist from Pretoria, the South African capital, argues that Viljoen, du Plessis and others like them, needn’t have gone abroad to gain a better way of life.

Mother of two Smit, who has a good job at a hospital laboratory and a happy family, has never had the urge to emigrate despite high crime in South Africa.

She says: “Sure, my family and I live in a house that has a panic button and is surrounded by iron wrought gating, but don’t let that make you misjudge my country. South Africa is a wonderful place and has ‘good’ and ‘bad’ spots, just like any country, even the United Kingdom. I work as a cytologist, help save peoples’ lives (she tests cells from women for cervical cancer) and find it very rewarding. I have no plans of relocating my family and we are all very happy here.”

The Office for National Statistics reports that, over the coming quarter century, immigration will add 180,000 people to the British population every year. According to Smit, this quite possibly could lead to an increase in the number of “drunks, thieves, muggers, murderers and illegal wrongdoings happening as much in the UK as South Africa”.

While the finger of blame will continuously be pointed as much at the media as the governments of both countries for such high levels of émigrés fleeing to Britain’s shores, one thing is certain: the upward trend of the exodus will continue while white South African’s seek new pastures to improve their career, increase wealth and move to a country where once more they are the same colour as the people in charge.

Snowfall in Britain - why the panic?