Who will win the conflict in Gaza? 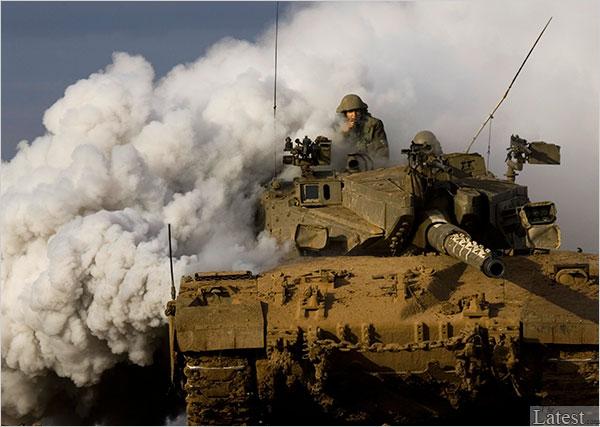 As the war in Gaza   between Israel and Palestinian militant group Hamas drags on to it's 3rd week, comparisons are being drawn between this conflict and the 2006 Israel-Hezbollah war in Lebanon.

Both Hamas and Hezbollah seek to strengthen their   political influence in the Middle East . They are fighting a "war of attrition, martyrdom, sacrifice and pride" against the overwhelmingly mighty Israeli war machine. And with this conflict we see a new pattern of modern unconventional warfare which consists of a small militia group squaring up to the force of a government controlled army. This is unlike the type of guerrilla warfare between rebels and government forces witnessed decades ago.

The difference as some may point out not only lies in the ideological approach, but also in the outcomes. While much of the rebel groups during the 70s and the early 80s lost to the more powerful and at times ruthless establishment forces, these non state entities are now mostly victorious in that they at least survive conflict. The regular armies of Syria, Egypt, and Jordan, along with merceneries from Iraq, and Libya couldn't stand for six days in 1967 against the Israeli forces. Battles involving the Taliban in Afghanistan and the militia in Iraq, are perfect examples of post-modern wars, where it is not necessary to be outgunned completely to lose, but is more of a battle of endurance.

More than 800 Palestinians have lost there lives, with a staggering loss of property and livelihood, and more than 4000 have been injured in Gaza, as compared to the 14 lives lost in Israel. In the 2006 conflict between Israel and Hezbollah, lots of lives were lost in Lebanon, however it still couldn't be called an Israeli victory because the causes for which the war was fought then, that is to stop rockets being fired by Hezbollah, couldn't be achieved, and incidentally the day of the ceasefire saw the heaviest rocket bombardment on Israel.

Hezbollah for example, trumpeted its weathering of the 34 days onslaught as a "divine victory" and though much destroyed militarily, secured it's position as the strongest political faction in Lebanon, ultimately leading to it being a major player in deciding the foreign policy of the country. The same applies to Hamas, which will lose much of it's battle veterans and fighters, but will gain politically with the gates opening up for new recruits.

While the struggle in Gaza has been derailing the entire peace process between Israelis and Palestinians, the conflict is also about broader difficulties between Iran and Syria, the Western interests in the region and their "puppet" Arab governments. This raises huge questions about the very future of the Middle East and if Hamas can even create a perception of victory, (which it will, simply by enduring the war and by playing on the psyche of the Palestinian people) it will bolster the reputation of the Islamic resistance in the area as a whole.

Interestingly, some Arab states condemned the militant groups for starting an "unjustified" war in Gaza which is being imposed upon the people of the region. If the Islamic forces win, it will embolden the Islamic movements in the other Arab states, where the governments are not very popular with the common people who are sympathetic to the cause of Palestine. The primarily "Sunni" Arab states will definitely try to contain this Islamic resistance movement on the rise in the Middle East, because it is led by two aforementioned states which have a Shia majority and they see it as a threat to their power and stability.

Speculation is fruitless as to when the conflict in Gaza will end. With Ex- British prime minister Tony Blair, the co-architect of the 2003 US led invasion of Iraq as the peace envoy for the Middle East and an inept United Nations security council, all we can do is watch this thing as it spirals into a major humanitarian catastrophe.

I'm reminded of the words of famous German author Erich Maria Remarque who said: "Bombardment, barrage, curtain-fire, mines, gas, tanks, machine-guns, hand-grenades, words, words, words, but they hold the horror of the world." (All Quiet on the Western Front)