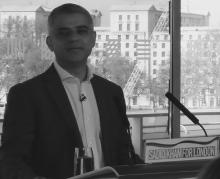 Just back from what was billed as the last campaign speech of the Labour frontrunner for the job of mayor of the UK's capital city.

It was a ruthlessly stage-managed affair in the Royal Festival Hall’s Weston Roof Pavilion, a long, narrow penthouse, in south London.

The throng of specially invited Labour supporters was held at bay at the entrance until 9.30 am when the doors were flung open and people piled in.

Former justice minister Sadiq Khan MP arrived minutes before 10am, fashionably late, stage right, to standing applause from the more than 200-strong audience. The media pack had been let into the room earlier to set up their cameras. 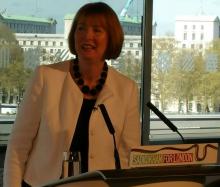 Khan was introduced by ex-Labour deputy leader Harriet Harman, the celebrated London politician he called his mentor, who spoke with her customary no notes jauntiness.

The women’s and human rights champion mentioned stuff Khan steered clear of in his short speech when she said: “London will have elected an ordinary person who is the son of immigrants when Sadiq becomes Mayor on Thursday and that makes me proud.”

Labour candidate Khan had heeded warnings from his party minders not to play the race card. After all, in Britain, we are currently  living in a heady time when right-wingers and their media chums have “weaponised” toxic allegations of  Labour Party anti-semitism to damage Jeremy Corbyn’s left-wing leadership.

The best Khan could muster as a case against his vicious Conservative rival Zac Goldsmith, the privileged son of a Europhobe Jewish billionaire, who has used dog whistle Islamophobia in a desperate last ditch bid to defeat his buoyant Labour rival, was to say: “The choice for Londoners ahead of polling day is between hope and fear, unity and division.”

Ambitious Khan declared he wanted to be “Mayor for all Londoners”, which is a fine sentiment but one that did not speak specifically to the 40 per cent or more of the capital’s population who are people of colour just like him. 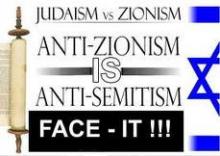 Following Khan's carefully scripted contribution, rock star-like he met, hugged and greeted supporters on his way out of the room. No questions and answers from the gathered flock that were ushered out before the mayoral hopeful reappeared to do media interviews once they had left.

Afterwards the first edition of London's Evening Standard ran a story headlined: "​Sadiq Khan: Jeremy Corbyn must 'get a grip' on Labour's anti-Semitism crisis". Khan had said nothing of the sort in his speech, which just showed how uninterested journalists were in the plans the former bus driver's son had unveiled for the capital where he grew up on a council estate before becoming a lawyer.

I counted at least half a dozen Team Khan spin-doctors. Three times, I, the only Black reporter out of a dozen from national newspapers and broadcasters, was asked by the press officers if I was a journalist.

First, at the door, as I re-entered the room. And then by two young, white press officers, Graham Mooney and Anna Bright. No one else was asked to produce their press card and say who they represented.

When I pointed this out, Mooney apologised, keen to close down yet another potentially embarrassing Labour race row ahead of the election in two days time.

Team Khan’s crib sheet: Race, the dreaded “r” word must be avoided at all cost. The-Latest had messaged the man himself and twice emailed Khan's political advisor Ali Picton for a comment piece from the mayoral hopeful about why Black Londoners should vote for him but this website was blanked. 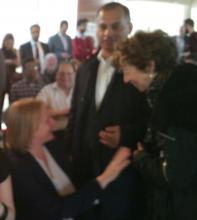 As for the “a” word, anti-semitism, this was the trending soap opera narrative that Corbyn's Labour leadership must be relentlessly baited with by their Labour enemies and those outside the party, egged on by  the cynical Conservative spin machine, until close of polls. 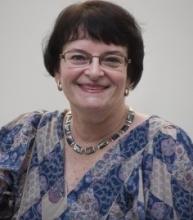 So it was that Khan ally Murad Qureshi, a mild-mannered Muslim Labour Greater London Assembly (GLA) member, was hounded by the press pack at the event. He told me he had considered not turning up after there had been a fuss about him re-tweeting a comment from a highly-respected Evening Standard journalist Mira Bar-Hillel who said Jewish writers like herself were scared to criticise Israel for fear of retribution. Qureshi refused to talk to the baying journalists today.

Qureshi confided to The-Latest: “This has been the nastiest election I have ever experienced. I'm really not enjoying it.”

Earlier, rather than stand by his re-tweet, in the interest of defending free speech and democratic debate, Qureshi apologised in a statement to a Jewish newspaper.

He had been lent on by his GLA Labour leader boss Len Duvall to put a lid on the row after being persuaded that not to do so would harm him, Qureshi, as well as Labour leader Jeremy Corbyn at the polls. 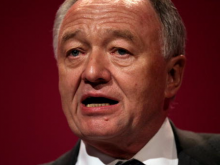 In the last few weeks, Labour has suspended dozens of its members, including MP Naz Shah, former London Mayor Ken Livingstone and Muslim councillors, for alleged anti-semitism. This is increasing looking like an old fashioned English witch-hunt. In America it’s called McCarthyism.

To quote the journalist son of my next door neighbour, Janan Ganesh, of the Financial Times: “A gentle reminder: many Britons have no idea what “Zionism” or “anti-Semitism” mean. Some will think that Israel is an Arab country – it sounds as exotic as, say, Jordan – or confuse it with Palestine, which they probably assume to be a state.”

He adds: “As for Jewishness, expect some confusion on that one, too.” 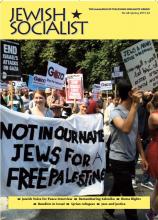 For sure, the anti-semitism media feeding frenzy is being spoken about in the pub but, canvassers tell me, it is not an issue on the doorstep. Voters want to hear what candidates have to say about the rising cost of living, defending the NHS, the building of more affordable homes, cuts to local services, keeping their council tax bills down, debts and whether Britain stays in or leaves the European Union.

Going back to the “a” word. Let me quote in full a sobering statement, with which I agree, from the Jewish Socialist Group: “Accusations of anti-Semitism are currently being weaponised to attack the Jeremy Corbyn-led Labour party with claims that Labour has a “problem” of anti-Semitism.  This is despite Corbyn’s longstanding record of actively opposing fascism and all forms of racism, and being a firm supporter of the rights of refugees and of human rights globally.”

It adds: “We see the current fearmongering about anti-Semitism in the Labour Party for what it is – conscious and concerted effort by right-wing political forces to undermine the growing support for the Labour Party leadership of Jeremy Corbyn.”

The statement goes on: “We stand against anti-Semitism, against racism and fascism and in support of refugees. We stand for free speech and open debate on Israel, Palestine and Zionism. We reject any attempt, from whichever quarter, to place legitimate criticism of Israeli policy out of bounds.”

Pity Khan and his Labourite friends are not as brave, socialist and forthright as that.

When I asked Khan about disproportionate "stop and search" used by police against Black people and deaths in custody - two flashpoint issues - he gave me answers I'll cover in my next piece.