Why hologram of dead rapper was inevitable 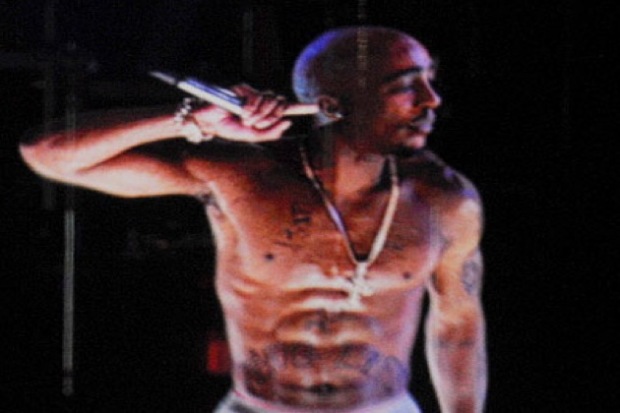 Tupac Shakurs’ high-tech resurrection at Coachella this past weekend embodied what he has become in death: pure image, nostalgic totem, and ghastly spectacle, writes Jack Hamilton.

In 1981, Rolling Stone famously slapped a photo of Jim Morrison on its cover to go with the headline: He's Hot, He's Sexy and He's Dead. It's an important moment in the history of co modified nostalgia, the start of rock's most iconic publication selling magazines off memories of its own adolescence.

After all, Rolling Stone began publication in late 1967, only a few months after Morrison's band broke through with Light My Fire. The headline is catchy but slightly unseemly, the He's Hot, He's Sexy tinged with insistence. Here was rock music awkwardly reckoning with encroaching middle-age: ten years after Morrison had successfully died before he'd gotten old, a whole world of people were starting to realise they hadn't. 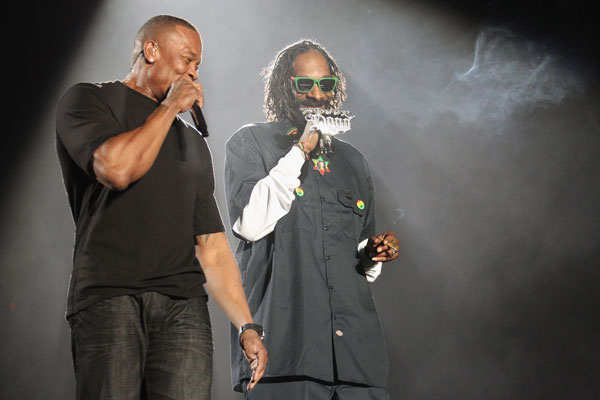 On Sunday night at the Coachella Festival in Indio, California, Dr. Dre and Snoop Dogg shared a stage with a holographic rendering of Tupac Shakur. Within a few hours the performance had exploded on YouTube, creating a veritable symphony of simulacra and simulation that's sure to launch an entire subfield of academic media studies, replete with endless, groan-inducing All Eyez On Me puns.

Sure, Hologram Tupac can tell us a lot of things about technology and representation and the internet and the power of social media, but they are all things that we already know, and this latest development just takes them to discomfiting extremes. In other words, it's not shocking that Hologram Tupac exists; it's shocking that it's taken so long.

Hologram Tupac is an inheritance of arena-rock one-upsmanship, the latest step in rap's forced march on Spinal Tap-ism.

Tupac may have been the James Dean of rap, a figure whose status as a cultural icon is only in relatively small part related to  his creative output. For a while it was fashionable to have "Tupac vs. Biggie" debates, but those were never really serious conversations. Tupac's catalogue is packed with greatness but frustratingly uneven, and a lot of the things we remember about him are extramusical, or at least musically unspecific: the fierce intelligence, the blazing charisma, the ridiculous physical magnetism. 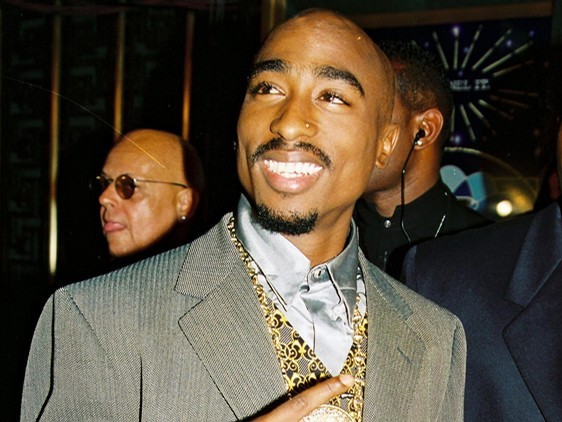 I have a friend who likes to argue that our entire imagining of Tupac is based on Bishop, the character he played in Juice, and that without that performance we'd talk about Pac and his music completely differently. But that's precisely the point: Tupac was a movie star, and Hologram Tupac is an appropriately shimmering projection, translucent and impossible.

Of course, Hologram Tupac is also a memorial. Hip-hop is obsessed with memory, and for at least five years after Pac and Biggie's murders, it felt like a transgressive affront whenever a rapper's album didn't give a shout out to the two. Hologram Tupac re-emphasises this fetish for the past, and indicates that the question posed here remains unanswered.

And yet it feels like there's something different this time, something closer to that 1981 Rolling Stone cover and a necessary by product of the last 16 years. In the 21st century, hip-hop has grown into a global-capitalist enormity, with the paths blazed by Tupac, Biggie, and countless others before them opening onto unimagined frontiers of accumulation and prestige, excess, and access.

As detailed in David Samuels's feature for the May issue of The Atlantic on Watch the Throne-period Kanye West, at its highest echelons rap music has become a multinational industry of spectacle. Hologram Tupac is this, too, an inheritance of arena-rock one-upsmanship, the latest step in a forced march on Spinal Tap-ism: this one goes to eleven.

And much like Spinal Tap, Hologram Tupac carries traces of greying desperation. Dre's The Chronic turns 20- years- old this year, and with the exceptions of Wiz Khalifa and Kendrick Lamar none of the vaunted line-up of guests onstage for Dre and Snoop's set represented fresh talent. Eminem and 50 Cent are household names but well removed from the best music of their careers. Warren G is a sentimental favourite; Kurupt is the answer to a trivia question. 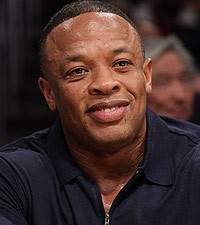 Dr. Dre is 47 years old, Snoop is 40, and Hologram Tupac is forever 25. Hip-hop may have finally aged into an era of Oldies Revues -lavish and ludicrously expensive Oldies Revues, but Oldies Revues nonetheless -and Hologram Tupac stands as a marker of faux vitality, a call back to glory days, a nod to a crowd geeked on nostalgic sentiment. Seen in this light, Hologram Tupac starts to feel crass and exploitative, a mutually agreed-upon sham between performer and audience, the high-tech evolution of the Elvis impersonator.

What if maybe Tupac isn't hip-hop's James Dean, but rather its Elvis? The similarities are there: the good looks, the mediocre movies, even the stupid fake-death rumours. As dead pop stars go, Elvis commands a singular position, an artist who died young but really didn't. And much as we've wondered what hip-hop might sound like were Tupac still here, I've sometimes found myself wondering what we'd think of Elvis if he retired after recording Mystery Train in 1955, known only to cultish record collectors as a flash-in-the-pan kid from Memphis who cut a small handful of the best 45s in the history of music.

It's impossible to imagine, of course - to separate the voice on those records from all the glory and ruination that came after it. Over the past 16 years, a lot of Tupac's music has been gradually sullied by all that's followed. Dear Mama is held up to make him a sensitive feminist, which he wasn't, while Hit 'Em Up is held up to make him a hyper-violent “gangsta”, which he wasn't either. In life these contradictions were compelling, the mark of a ridiculously talented artist with a genuinely tormented worldview. But in death it's just incoherence, amplified through artifice and hagiography. 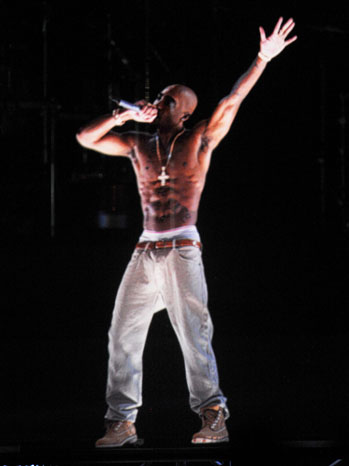 And maybe that's why Hologram Tupac, besides being weird and impressive and disturbing and riveting and frankly hilarious, should set us on edge. While Tupac's death was senseless and awful, it was also the casualty of a period of terrible violence in hip-hop, and if you need your memory refreshed, go reread Lynn Hirschberg's extraordinary New York Times Magazine profile of Suge Knight, published eight months before Tupac's murder.

It's amazing that rap lived through all that, even if Pac and Biggie didn't, and it's a time the music still hasn't fully reckoned with. Hologram Tupac fills a still-open cultural wound with animatronic kitsch, spinning tragedy into a stupid amusement park ride. The late Lizard King who graced that 1981 Rolling Stone cover once remarked that "death makes angels of us all / gives us wings where we have shoulders / smooth as ravens' claws." As poetry goes it's pretty lousy, but replace "angels" with "holograms" and he might be on to something.

* Jack Hamilton is a writer and student in the History of American Civilization program at Harvard University.