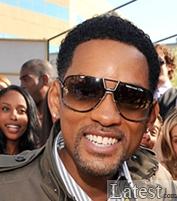 Box office powerhouse Will Smith, the multi-millionaire star of hit films like Men in Black, Hitch and The Pursuit of Happyness, is at the centre of renewed rumours about his sexuality amid lurid claims by a Hollywood Madame that he has had dalliances with male prostitutes.

The internet, which in the past has proved to be an unfaithful bedfellow to the rich and famous, has been awash with the allegations made by the notorious Madame which appear on popular entertainment websites and blogs like Dyfuse, Geno's World, Allie is Wired and The Inquisitr.

The Madame, whose name has so far not been made public, has reportedly said that Smith, 38, who is married to successful US actress Jada Pinkett, was a client of hers for years before she packed up shop and moved her operation to Manhattan earlier this year. Recalling the first time she ever spoke with Smith she says:  "I had to reassure him over and over that I could guarantee discretion. Once I convinced him I could, he placed his order. It was for a man. I had 14 women working for me and two guys. You'd be surprised at how many Hollywood stars requested the services of the guys." 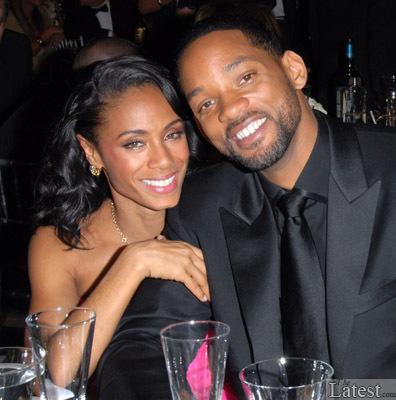 Speculation about Smith's sexual proclivities and his perfect yet 'open' 11 year marriage to Pinkett have been linked to his recent apparent conversion to the Church of Scientology, a religion or cult as sited by critics, that's chief appeal in Hollywood appears to be its promise to turn gay people straight. At least according to long-time Scientologist Michael Pattinson, who sued the Church for failing to keep that promise after he shelled out $500,000 in auditing fees over a 25-year period but was never  "cured" of his homosexuality.

Smith has become close friends with actor Tom Cruise and wife Katie Holmes, leading figures of the US film industry elite, although his publicist has denied that he has converted to the religion whose most famous adherent is Cruise. But, according to the New York Daily News, Smith attended the wrap (closing) party for his recent film, Hancock, and handed out gifts to the crew members which consisted of a free personality test at their local Scientology centre. Last December, in an interview with Access Hollywood, Smith addressed his apparent infatuation with Scientology.  "I was introduced to it by Tom, and I'm a student of world religion. I was raised in a Baptist household. I went to a Catholic school, but the ideas of the Bible are 98% the same ideas of Scientology, 98% the same ideas of Hinduism and Buddhism."

Earlier this year Smith and Pinkett invested nearly $1 million of their own money into a new private school that will offer organic meals, laptops for every student and an environment of learning based on  "equity" and "respect" to create "citizens of the world." The New Village Academy based in Calabasas, California, US, plans to use some teaching methods developed within the Church of Scientology and has hired a team of Scientologists to put them into action, including the Director of Learning, Director of Qualifications and Artistic Director.

Controversially, references to the Church of Scientology are not made on the New Village Academy website. Ron Reynolds, executive director of the California Association of Private School Organisations, a consortium of the state's private and religious schools, said it's not the actual teaching of Scientology methods that raises a red flag for him. His concern is the school's non-disclosure about its apparent religious affiliation.

L. Ron Hubbard, science fiction writer and founder of Scientology, believed homosexuals should be quarantined from society because he considered gays to be  "quite ill physically" and homosexuality a  "mental aberration."

A group calling themselves the Ex-Scientology Kids have set up the Ex-SCN Kids Forums on the internet. The current debate asks  'Is Scientology cool with being Gay?'

Catch me if you Cannes: search for the classic man

3 Responses to "Will Smith, sex rumours and the Church of Scientology"

<p>No, mikese that&#39;s true, we&#39;re not talking about porn and I agree with your non judgemental approach. &nbsp; I guess it&#39;s nobody else&#39;s business what happens between a married couple. &nbsp; Unless of course your life is directly in the public eye. Nothing wrong, but part of that life it seems is having to deal with millions of people gossiping on any dalliances, picking holes in any aspect that goes against the image being portrayed. &nbsp; </p><p>I like Will Smith. He&#39;s funny, he&#39;s personable, seems happy and full of vitality all the time, when he&#39;s on TV interviews etc. &nbsp; I&#39;ve listened to and bought his music (the very early stuff), used to watch him on the Fresh Prince, very entertaining, his acting gets better and better and I don&#39;t think I&#39;ll be scratching him off my blockbuster list. &nbsp; </p><p>But that perfect marriage of his, hmm? Links with Scientology, which does not have the greatest of reputations. &nbsp; I say, if they&#39;re smiling and happy ALL of the time, take a look under the bonnet, &#39;cause something&#39;s got to be up.</p>

<p>I think this is just another case of "bored" married couple who live in the public eye who have to keep it "Hollywood". Will smith isn't the first and will not be the last to have these type of rumour's about his sexuality exposed. He is just living his life as people live its the norm in life to continually look for another "high" in life this could be sought in drink,drugs,sex or gay sex in will's case, jumping out of aeroplane's as some people do and&nbsp;I could go on. if he was your neighbour&nbsp; and you found this it out yes you would snigger when you saw him and yes you would spread the gossip but thats where it would end. as far as the "cult" or scientology thats just his belief or security at this point in his life, many many people choose to have some kind of religion to hang onto its just his is more obscure than most. I read once he was a "jehova's witness" which to a catholic is an almighty cult not my particular belief but to others its deemed as such. On that note i leave you with the thought of Tom Cruise and Will Smith in bed together reading Ron Hubbard's book on scientology together weird huh?? or is it...</p>