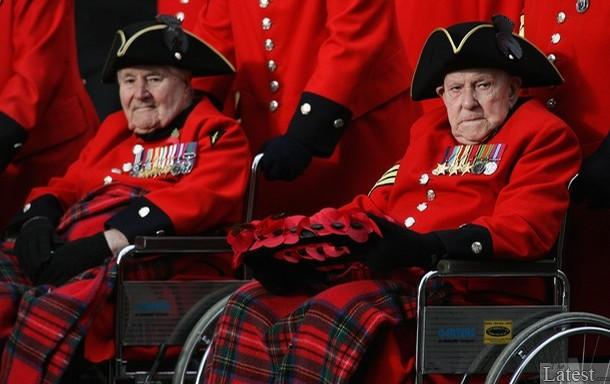 As is the norm with me, I open with an anecdotal realisation.

Standing on the bus on Sunday, I realised that I was the only person who was wearing a poppy for the Royal British Legion's annual campaign for Remembrance Day.

Granted, I live in Leeds and I was surrounded by students. But is not outwardly marking something of such magnitude - the loss of millions of lives to defend one's country - really excusable by a mere generation gap?

There were around 50 people on the bus. With the front part blocked, I had to meander down the bendy bus to get to the back doors if I had any chance of escaping the throng before Headingley. Not one speck of red was displayed on anyone's chest. The lack of colour was accentuated by the predominance of winter colours - greys, blacks, browns - but no red.

It didn't really hit me until I stepped off. It was Remembrance Day and nobody seemed to care. I even started to doubt how many of the indifferent faces I saw on the bus even observed the two-minute silence earlier that day.

But the question is why they weren't marking the occasion - is it a lack of compassion or a lack of education?
Having spent my final year of university specialising in the First World War, I suppose I was lucky. Being able to see the pictures of the front lines, watch the videos (portraying both propaganda and reality) and hear the accounts, I actually felt privileged.

Getting inside the minds of the average soldier revealed a whole range of their emotions - anything from happy-go-lucky pugilism to bitter cynicism that counted the days until their inevitable death by a machine gun over two miles away, working on quarter-degree longitudinal increments to fire into the darkness.

Either way, the conflict was brutal - no, worse than that. I don't think there's a word better to describe it than desperate. Maybe helpless.

Seeing my own mother well up with tears when she watched the coverage of the Remembrance Day ceremony direct from Whitehall in London, where amassed troops, veterans and well-wishers gathered around Edwin Lutyens' monument, was one of the most powerful things I've ever seen.

I did not have the same raw emotional connection to the remembrance service as my mother did, yet I observed the silence with nothing but the eternal gratitude that it deserved. Essentially, it's tied to the memories that precede us.

When all the last surviving First World War British combatants die, a huge chunk of the national consciousness about that war will die as well.

And 90 years on, it seems that the whole thing is already simply a memory. I'm not trying to romanticise the conflict, yet it genuinely was a time when the British Empire realised that it was neither invincible nor innocent. We learned a lot about ourselves and the fickle nature of human life, human brutality and, essentially, human error.

However, all my generation needs to do, like me, is to pick up a book and learn about why we need to remember. The memory is collectively British, not individual.

Without poppies and without a caring attitude, the British Legion's great work will suffer and the untarnished war graves which occupy the quietest places in the Western world will deteriorate.

I believe the modern and increasingly indifferent view of the Great War is the combined result of a lack of knowledge and compassion. With one, I believe, comes the other. I just wonder if lackadaisical attitudes to learning and history will consign the tradition of November 11th to a simple military occasion.

I, for one, sincerely hope not.