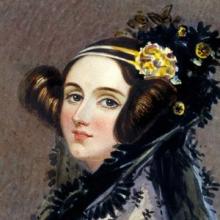 Kicking off the celebrations in the UK at London’s Southbank Centre is the 5th the annual Women of the World Festival, and it’s positively brimming with more than 100 exciting talks, performances, pop-up installations and events. A diverse lineup features the likes of music star Annie Lennox, celebrity Sandi Toksvig and fellow radio presenter Gemma Cairney, with digital highlights including a keynote speech from co-founder of lastminute.com Martha Lane-Fox, speed mentoring and incredible projected artworks.

However, today also reminds us that there’s still more to be done.

Sadly there are still too few women in senior business roles and, in Europe, women in the digital sector still earn just 90p for every male £1. MPs will this week discuss how the UK has plummeted to 65th in the world for women’s political representation.

Let’s call on our technology businesses to lead the way to equality.

Tonight you could catch Caitlin Moran discussing her new book Moranifesto, you could take a same sex dance class in the Rivoli Ballroom, or you could hear BBC1’s Gemma Cairney chatting away with Sister Sledge, the 1980s US group currently performing in the UK.

Other highlights throughout the week include performances of The Fruit Trilogy, a new play from Eve Ensler (the Tony Award-winning writer of The Vagina Monologues), an evening with Annie Lennox, and standup from the incredible Women’s Equality Party founder, Sandi Toksvig.

If you want to talk politics, a Mayoral Debate will feature Sadiq Khan, Caroline Russell, Baroness Kramer, and Sophie Walker; while MPs Tania Mathias and Tulip Siddiq will discuss how they got into politics (the UK has plummeted to 65th in the world for women’s political representation!).

There are even children’s sessions like Muslim Girls Fence and the under 10s feminists corner, so there’s no excuse not to get stuck in this weekend.