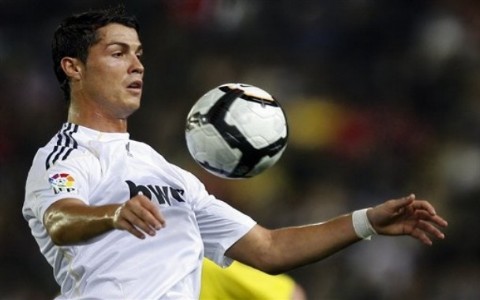 The symbolic donation made on behalf of Real Madrid’s President, Florentino Perez was in recognition of the Tanzania's efforts to develop soccer and reduce poverty in the country.

Ronaldo is currently recognised as the most expensive player in the world after transferring from the Manchester United football club to Real Madrid in a deal worth £80 million. 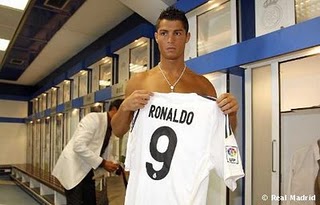 The number 9 shirt was presented by the mayor of Dar-es-salaam, Adam Kimbisa at a brief ceremony held at the State house at the start of the week.

In his speech, Kimbisa quoted Real Madrid’s President saying: “We want to symbolise through this present, your commitment in soccer development.”

However, Tanzania’s relationship with Spain doesn’t end with football. The country is one of the many beneficiaries of the Spain-based Magdala Foundation, whose goal is to improve businesses in third-world countries. The foundation has so far injected 7bn Tanzanian Shillings, (around £3.5 million) in the form of loans without collateral to several entrepreneurs in the country.

Mayor Adam Kimbisa announced in the conference that several residents in the Kunduchi area (a village north of the Dar-es-salaam) were already seeing positive results in their businesses as a result of the investments made by the foundation.

However, the country’s President further urged Real Madrid and other European clubs to visit the East African country as their very presence could further assist in developing soccer in the country.

“We motivated them to come during the inaugural ceremony of our ultra-modern National Stadium, but we were let down by our own delay in construction,” said Kikwete.

Although international soccer stars are in the process of preparing for the South African-hosted World cup, which is due to start in less than 3 months, the President announced that he is still actively seeking donations to help facilitate the possible tour of the country.

“They (European Football clubs) have players who are highly paid and insured. I think you saw them when Drogba came, you need a lot of money to bring them here,” said Kikwete.

Real Madrid spent $350 million last summer to acquire footballers Ronaldo, Kaka, Karim Benzema and Xabi Alonso. However, the Spanish side have lost their hopes of winning another UEFA Champions League after losing to French club Lyon earlier this month.

1 Response to "World's highest paid footballer in tribute to Tanzania"

<p>Cristiano Ronaldo is the best player in the world. He's just so good. Brilliant at times.</p><p>&nbsp;</p>